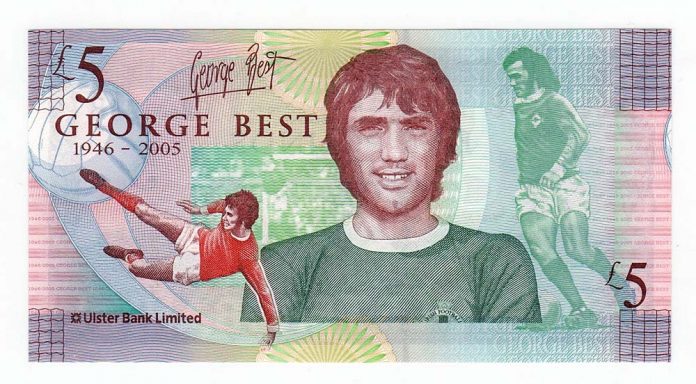 On this day in 1916, Hartlepools United’ Victoria Park became the first British football stadium to be bombed in an air raid during World War I.

The Royal Flying Corps confronted a German zeppelin that had jettisoned itself above Victoria Park. The Germans dropped a bomb that destroyed the main stand on Clarence Road. Hartlepools built a temporary wooden stand to replace the main one until the war was over or funds were available. The club appealed to the German government for compensation but failed in their attempts.

The temporary stand continued until the 1980s before being demolished due to new fire regulation installed in the wake of the Bradford City fire.

On this day in 2006, the Ulster Bank in Northern Ireland issued one million £5 notes to honour the death of Manchester United legend George Best who had passed away the previous year.

The former Ballon d’Or winner had battled with alcoholism most of his life and passed away in a London hospital on 25 November in 2005 due to multiple organ failure. One of the greatest players to ever play the game, Best was immortalised on legal tender although there is a good chance that most of it went uncirculated as many kept the notes as souvenirs.