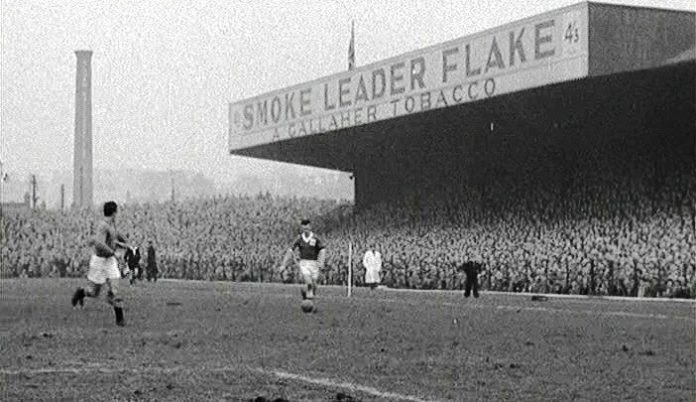 On this day in 1958, Northern Ireland beat Italy 2-1 in Belfast to qualify for their first ever FIFA World Cup.

Northern Ireland were paired with Italy and Portugal in what was a fiercely contested qualifying group. The Italians had beaten the Irish 1-0 in Rome the previous year and were scheduled to play them again in Belfast in December 1957. But Hungarian referee Istvan Zsolt’s flight from London to Belfast was grounded by fog. English referee Arthur Ellis was on standby but the Irish Football Association’s delay in reaching a decision meant that Ellis could not officiate the match.

Northern Ireland offered a local referee for the game but the Italians refused and the qualifier turned into a friendly which ended in a 2-2 draw. The official match was rescheduled for 15 January 1958.

Fortunately, Zsolt made it to Windsor Park in time and the match kicked off as planned. The hosts took a solid 2-0 lead inside the first half an hour courtesy of goals from Burnley’s Jimmy Mcllroy and Leeds United’s Wilbur Cush. AS Roma forward Dino da Costa pulled one back for the Italians in the second half but Northern Ireland held on to their slender lead for the rest of the game to eliminate Italy and qualify for their first ever World Cup.

The Green and Whites did well in Sweden and reached the quarter-finals before losing 4-0 to France.