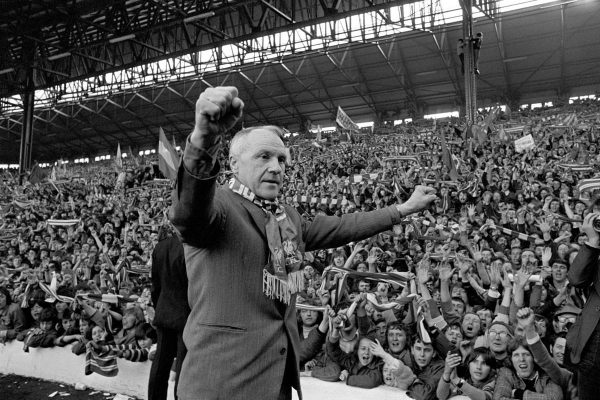 On this day in 1959, Liverpool announced the appointment of Bill Shankly as the club’s new manager. And the rest as they say, is history.

Shankly officially took over Liverpool on 14 December and immediately had an impact on the running of the club, from its training facilities to the tactics on the pitch. The Reds were languishing in the Second Division for five years and were 10th on the table at the time of his arrival. After two consecutive third placed finishes in his first two seasons, Shankly helped secure promotion back to the First Division before winning the top flight in the 1963-64 season.

The Anfield club won two more First Division titles under Shankly along with two FA Cups and a UEFA Cup, among other honours. The former Grimsby and Huddersfield Town manager retired in 1974 as one of the most successful managers in British football.

On this day in 1998, Real Madrid beat Vasco da Gama 2-1 in Japan to win their second Intercontinental Cup.

Played at Tokyo’s National Stadium in front of 54,500 people, Real took the lead in the first half after Vasco’s Nasa put the ball in his own net trying to clear a Roberto Carlos cross. The Brazilian club got their equalizer in the second half from midfielder Juninho Pernambucano, who would later go on to make a name for himself in Europe with Lyon.

Real got their winner late in the game through star striker Raul who put the ball in the back of the net in the 83rd minute. This was Real’s second Intercontinental cup since winning it in 1960.