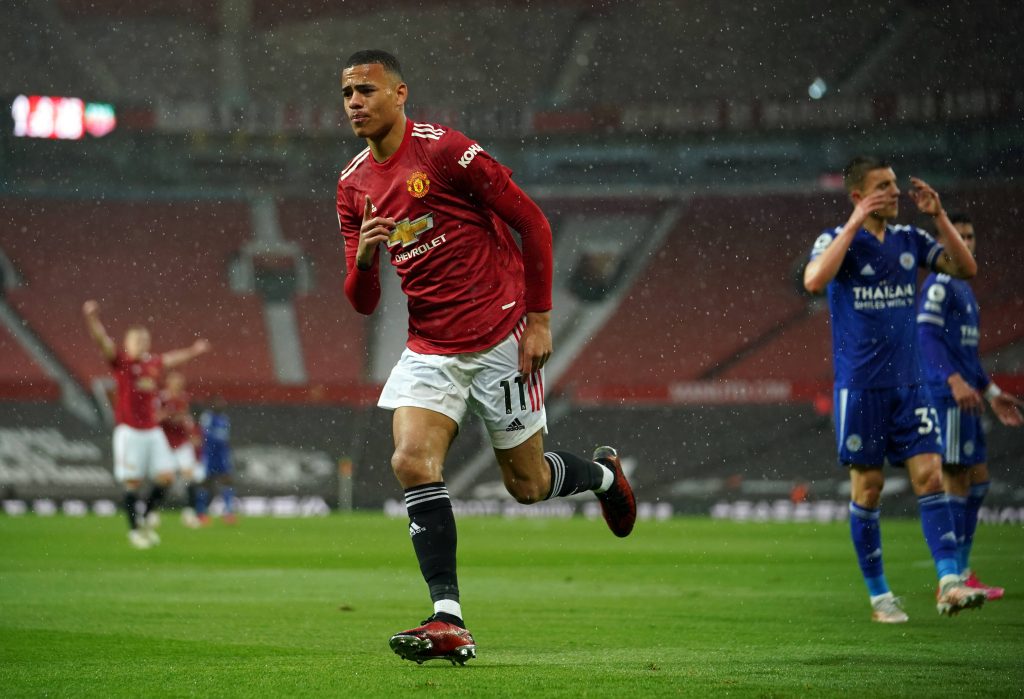 Greenwood has been in sublime scoring form over the past six weeks and netted his sixth goal from as many league matches last night.

The England international showed terrific composure in a crowded penalty area, managing to steer a right-footed effort into the far corner.

The goal helped United equalise in the 15th minute. Luke Thomas opened the scoring for the Foxes before that with a stunning left-footed volley.

Greenwood’s strike was not sufficient on the night as the Foxes won the game through a towering headed goal from Caglar Soyuncu after 66 minutes.

Despite the defeat, Greenwood showed plenty of promise leading the line, and Solskjaer said that the forward played like a seasoned professional.

He told Manutd.com: “The young kid Amad did really well, Mason [Greenwood] again he looked a seasoned professional out there”

Greenwood, who is currently on £75,000-a-week, has been United’s best performer in the league since April with six league goals to his name.

He had previously gone 16 top-flight matches without finding the back of the net but has managed to find his scoring boots once again.

United return to league action against Liverpool at Old Trafford on Thursday, and Greenwood could be rested after starting three games in the last week.

Edinson Cavani appears likely to lead the line against Jurgen Klopp’s side, who face a must-win situation to keep their slender Champions League hopes alive.