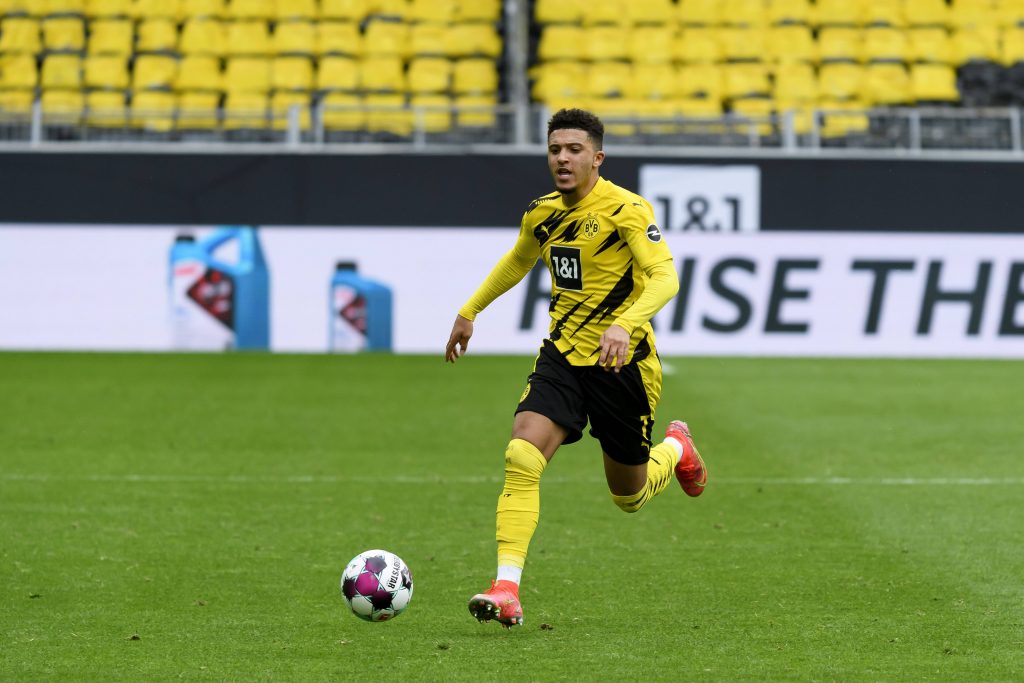 Manchester United are keen on landing the signature of Borussia Dortmund winger Jadon Sancho before the start of the European Championships next month, Bild reports.

The Red Devils were hot on the trail on the England international last summer, but they failed to meet the £108 million price tag set by the Bundesliga outfit.

Sancho made a slow beginning to the current campaign, but his form has picked up as the season has progressed with 14 goals and 18 assists from 35 appearances.

It is now reported that United are planning a fresh attempt to sign him, and they are keen on finalising a transfer agreement before the Euros, which start on June 11.

The club are hopeful that a fee of around €90m (£77.4m) will convince Dortmund to sanction the sale of the one time Manchester City graduate.

The Red Devils recently committed Edinson Cavani to a fresh one-year deal, and this is likely to provide a boost to their summer transfer plans.

Cavani has netted 15 goals over the course of the campaign, and his form has been spectacular lately, with eight goals and two assists since April.

His contract renewal could shelve the club’s plans for a new striker as Marcus Rashford, Mason Greenwood and Anthony Martial can also occupy the role.

A right winger has been a priority for the club since last summer, and Sancho perfectly fits the bill, having proved himself in the position with Dortmund.

Sancho has played 70 of his 134 appearances for Dortmund from the right wing, registering 24 goals and 37 assists.

Greenwood has fared well from the role in recent weeks, but his future could lie up front with Cavani only expected to be a short-term solution.