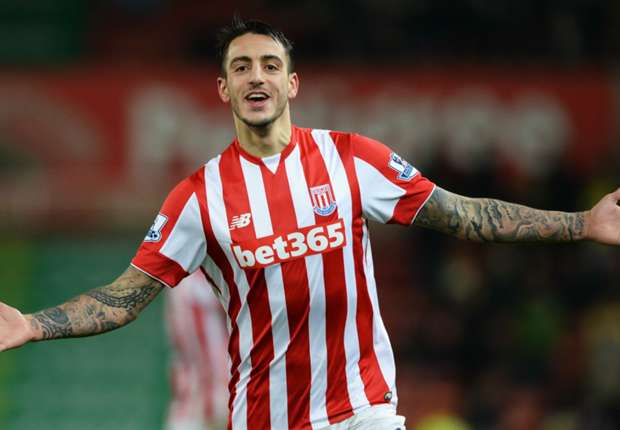 Newcastle United have had one bid rejected already for Joselu, but the Magpies are set to test Stoke City’s resolve with an improved offer this week.

According to reports from the Daily Mail, Newcastle United are hoping to agree for a £5 million deal to sign the Spanish striker this week.

Rafael Benitez has stressed the importance of bolstering the squad this summer, and despite adding five new faces, he is looking to add more players.

Newcastle do not have enough firepower in their forward department, with Dwight Gayle and Aleksandar Mitrovic remaining as their two main recognised centre forwards.

Stoke City have already rejected one offer from the Magpies, but the report claims that Newcastle are hoping to tie up a deal for the striker for a transfer fee mooted around £ 5million.

Stoke are simply looking to recoup a chunk of the £5.75 million they spent in 2015 for the striker, who wasn’t even on the bench for the Potters’ 1-0 defeat away at Everton on Saturday.

The Spanish striker scored just four goals in his first season with Stoke, and spent last season on loan with Deportivo La Coruna where he notched up six goals in 24 games before returning to his parent club.