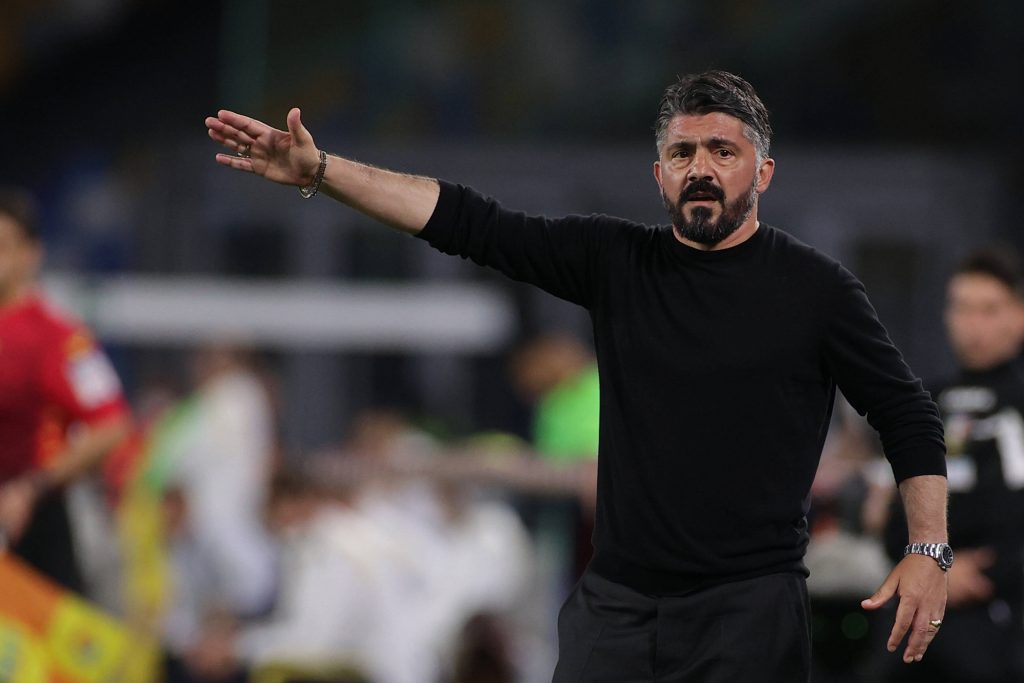 Tottenham Hotspur managerial target Gennaro Gattuso has left his role as Napoli manager after a 1-1 draw with Hellas Verona last night saw the side fail to secure a place in the group stages of next season’s Champions League.

The Serie A outfit finished fifth in the table due to the stalemate, with Juventus pipping them to the spot following a 4-1 win over Bologna.

The result did not influence Gattuso’s decision, as Napoli would have moved on from him even if the team qualified for Europe’s elite competition.

According to The Athletic, relations frayed in the winter when Napoli suffered a blip in form.

Gattuso felt unprotected by the club, and they began looking around for another manager.

The news of Gattuso’s resignation could come as a huge boost for Spurs’ managerial search, though, with chairman Daniel Levy said to be keen on the Italian.

While Lazio and Juventus are also eyeing the 43-year-old, Tottenham have reportedly put him on their list of managerial candidates for Jose Mourinho’s permanent successor.

Reports from Italy claim that Levy has seen several Napoli matches and watched Gattuso closely. He was impressed with ‘the quality of the game and the quality of the ideas’ displayed by his side in the matches against AC Milan and Roma.

Spurs ended the 2020-21 Premier League campaign in seventh place, qualifying for the inaugural Europa Conference League as a result.

Levy will be keen to bring in the next manager as soon as possible so that preparations for the new season can get underway. Whether Gattuso’s decision to leave Napoli will have him thinking is unclear.

The Milan legend has proven himself in Serie A and is not short of suitors. However, he is untested outside of Italy and the Premier League has sometimes proven tough for upcoming bosses without English football experience.

In other news, Spurs fans have reacted to what Harry Kane’s wife posted on Instagram.