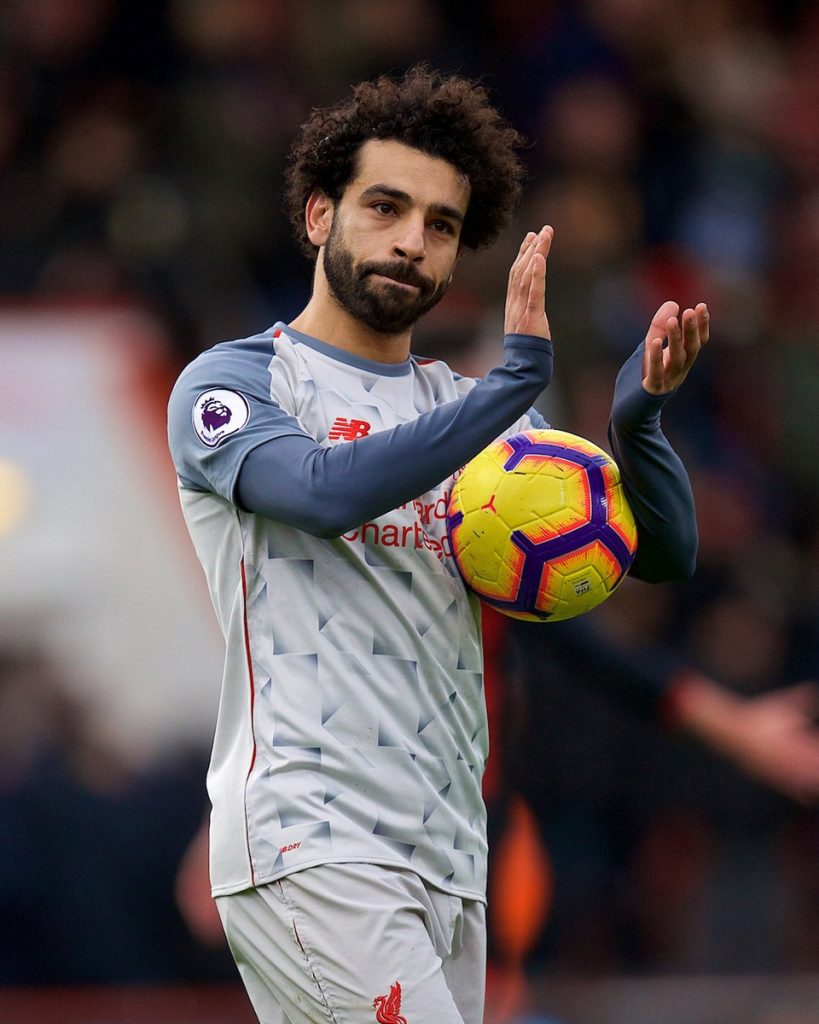 Liverpool moved to the top of the Premier League table after winning 2-1 against Tottenham Hotspur at Anfield on Sunday.

The Reds winger Mohamed Salah has revealed what manager Jurgen Klopp has said to the team after the victory.

Liverpool dominated the first half and opened the scoring through Roberto Firmino.

Left back Andy Robertson whipped in a fabulous delivery from the left, from which the Brazilian headed home.

Tottenham produced a spirited performance after the break and grabbed the equaliser through Lucas Moura.

The visitors created some some very good chances, and had they converted those, the result could have been different.

However, a big mistake from goalkeeper Hugo Lloris allowed Liverpool to earn all three points in the end. The home side picked up the winner after Salah’s header ended up as an own goal by Toby Alderweireld.

Salah revealed what Klopp told the players after the match.

“I went to the dressing room and I spoke to the manager,” Salah told Sky Sports.

“He said that it isn’t about playing good but the most important thing is to find a way of winning points. The big teams always find a way to get the points.

“Today we didn’t play the top of our game but we won the game that is the most important thing – that is a big team.”

The Egyptian, who has been struggling to score in recent matches, has praised the Liverpool fans for their support. He added:

“The Kop today, it was crazy. They just want to win the Premier League and we are doing everything to make that happen. They help us a lot during the game. Everything changes with the fans – always.

“I think the fans gave the goal it to me! A goal is a goal. The important thing was to get three points. I haven’t scored for couple of games but there are some players who have the same number of goals as me but are having the season of their lives. I’m supposed to be having a bad season!”