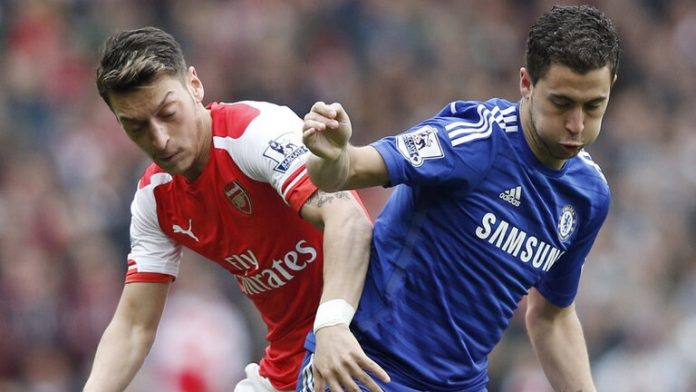 Arsenal star Mesut Ozil is set to sign a long-term contract at the London club according to latest reports in Germany.

Sportbild journalist Henning Feindt has confirmed that a deal is close to being signed and the German international will also change his shirt number.

Ozil and Sanchez were both expected to sign new deals at the club during the summer and it seems that the Premier League giants have agreed on a mega-money contract with Ozil already.

Both players have two years left on their current contracts and a renewal is thought to be a priority for the club.

The news will come as a major boost for the Arsenal fans. The Gunners face Basel in the Champions League tonight and if the deal is announced before the game, it could be a major lift for the crowd as well as the players.

Ozil has been sensational for the Gunners over the past 12 months and holding onto him would reflect Arsenal’s ambitions as a club.

The German superstar bagged 19 assists last season and has started this one in fine form as well. Ozil has scored twice so far including a fantastic goal against Chelsea in the London derby.

The deputy editor of Sportbild has also confirmed that Ozil will take the number ten shirt from now.

If that happens, there will be further doubts surrounding Jack Wilshere’s future at Arsenal. The England midfielder is currently on loan at Bournemouth and won’t be too happy if the club decides to give out his number ten shirt to Mesut Ozil.

Wilshere has been a major fan favourite at Emirates over the years and it will be interesting to see how the fans react to this decision.