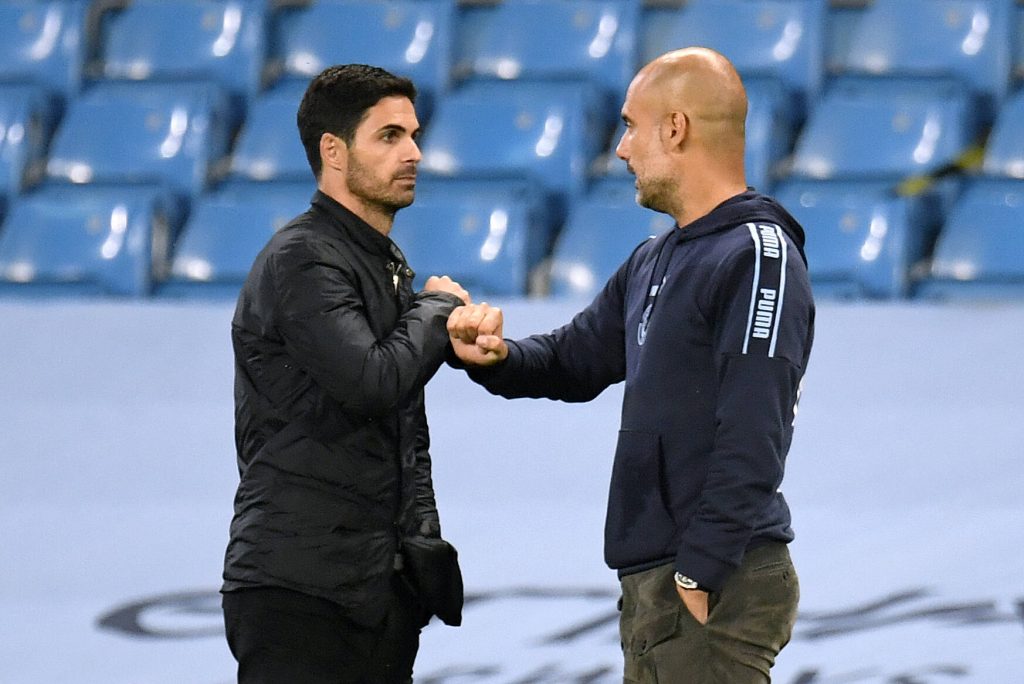 BBC football expert Mark Lawrenson has stated his prediction for Saturday’s Premier League clash between Manchester City and Arsenal at the Etihad Stadium.

City started their season with successive 1-0 defeats against Leicester City and Tottenham Hotspur in the Community Shield and Premier League respectively.

They made amends with a convincing 5-0 triumph over Norwich City at home. The club are now scheduled to host the Gunners in tomorrow’s lunchtime kick-off.

The north London club have failed to register a point in their first two league games of the season with 2-0 losses to London counterparts Brentford and Chelsea.

Mikel Arteta’s side ended the losing streak with a stunning 6-0 win over West Bromwich Albion in the second round of the Carabao Cup on Wednesday night.

The result will boost them, but they were up against a team that included six debutants. They face a whole different proposition tomorrow.

Ahead of the game, Lawrenson has stated his prediction. He has no doubts that the reigning champions will come on top and backed them to win 2-0.

While Arteta’s position is under scrutiny, Lawrenson believes he won’t be judged against City, and his future depends on the results after the international break.

He said: “We are assessing Arteta on every single game, but this is not necessarily one we should judge him on because it is Manchester City, everyone’s favourites to win the league.”

“After the international break, it will be about how Arteta fares for those following five or six games. If they are beaten heavily – 4-0 or 5-0 – then he will be under increased pressure.

“They have spent around £140 million on new signings, and the owner Stan Kroenke will be looking at the situation and will be worried.”

The Gunners have had a poor recent record against City, winning just two of the last 12 meetings in all competitions.

Both of those victories have been in FA Cup semi-finals (2017 and 2020), where they have gone on to win the trophy.

In league terms, they have lost eight straight games against the reigning champions and face an arduous task tomorrow.

The Gunners are in much better shape than last weekend, with Pierre-Emerick Aubameyang back to full fitness.

Martin Odegaard is available for selection after visa issues, while Alexandre Lacazette and Gabriel could also start the game.

Despite this, City are favourites for another victory. The Gunners need to be at their best to come out with at least a point.