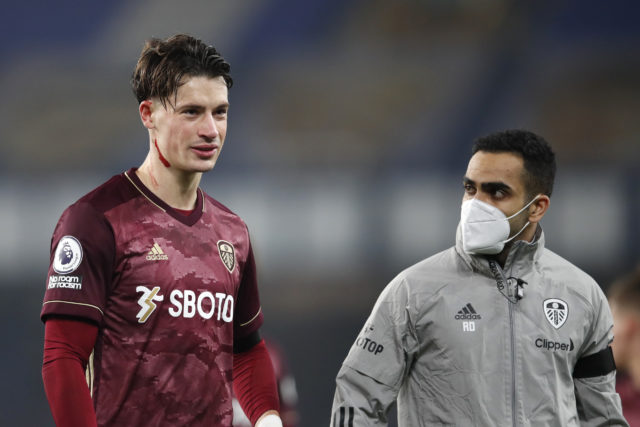 Leeds United will be looking to get back to winning ways when they take on West Ham United on Friday in the Premier League at Elland Road.

The Whites are facing a crisis at the back, with Leeds set to be without their two summer signings – Robin Koch and Diego Llorente.

Ahead of the match, Bielsa has given his view on the two defenders he signed this summer. While Llorente has played just one game so far, the Argentine has elaborated on the qualities the two players can bring to the side.

The Leeds boss feels that both the players are ‘very similar’ in their approach, with Koch holding a slight advantage over Llorente as he has played more games than him at the Yorkshire club.

“They are both good in the aerial game – they are both players of a similar physical stature and despite how tall they are they have good agility,” said Bielsa to Leeds Live.

“Both of them have the capacity to distribute the ball well. I see them as very similar. The advantage Koch has over Llorente is he has played 11 games in a row and this allows him to develop and correct errors he has had.”

Koch picked up a knee injury while playing against Chelsea in the last match, and he has undergone surgery. The German international is now expected to be out for three months.

Losing Koch is a big blow for Leeds. He was playing regularly and was growing in confidence with every game.

Llorente – who joined in the summer from Real Sociedad – only returned to action against the Blues after a long injury lay-off. However, he has picked up a muscle injury again and will be out for at least two to three weeks.

Bielsa, however, is unlikely to delve into the transfer market to sign a new defender. He is hopeful that Gaetano Berardi (another long-term absentee) will be back in action from February.

Right-back Luke Ayling is likely to partner Liam Cooper at the back, while the versatile Stuart Dallas will be asked to play as a right-back.

Dallas is also capable of playing as a makeshift centre-back, while young Pascal Struijk is another option for the Argentine.