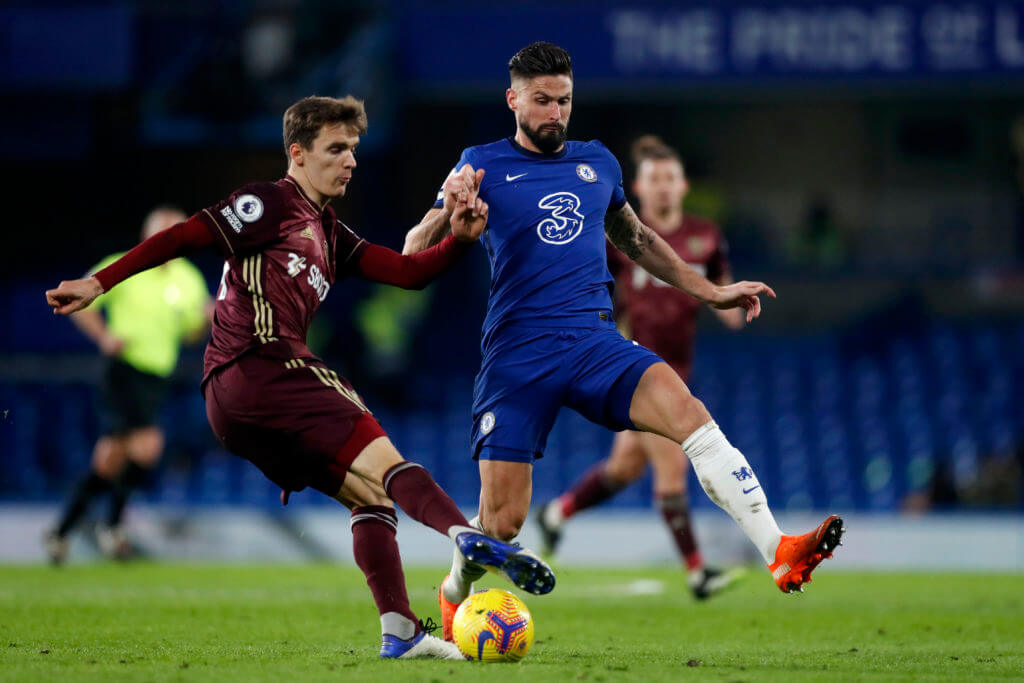 Leeds United have suffered a major blow with defender Diego Llorente picking up an injury once again.

The Spaniard – who joined in the summer transfer window from Real Sociedad – has picked up a muscle injury and is set to be out on the sidelines for at least two weeks.

The 27-year-old returned from a long injury lay-off last week against Chelsea. He played for 81 minutes, after coming in for Robin Koch who got injured.

Leeds confirmed on Tuesday that Koch will undergo knee surgery, and the German international is expected to remain out for three months.

Bielsa in good form and upbeat today – but he thinks Robin Koch could be out for three months and Diego Llorente is also out for at least two weeks with a muscle problem. #lufc

The Whites lost 3-1 against Chelsea in the Premier League on Saturday, and they will be looking to return to winning ways against West Ham on Friday.

What options does Bielsa have?

When asked who will partner Liam Cooper at the club, the Argentine has confirmed that Luke Ayling is set to fill the role.

Alternatively, Bielsa can also use Pascal Struijk at the back. The 21-year-old has played in four Premier League games this season, and he could be a handy option.

he was asked if he would keep West Ham guessing about who will play at centre-back with Cooper…so he named his team.

Leeds do not boast a large squad, and therefore any long-term injury to key players is always a cause for concern.

With Koch out till the spring, it remains to be seen whether Bielsa will delve into the transfer market in January to sign a defender.

The early indications suggest that the Argentine has no such plans as Bielsa is hopeful that Gaetano Berardi (another long-term absentee) will be back in action from February.

This recurrent injury to Llorente should be cause for big concern for the club. Bielsa didn’t want to use him straightaway. Rather, he wanted the Spaniard to regain his sharpness by playing for the Under-23 side.

However, the Argentine was forced to use him against Chelsea following Koch’s injury. And now, both of his summer signings are out injured leaving Bielsa short of options in defence ahead of the Hammers clash.