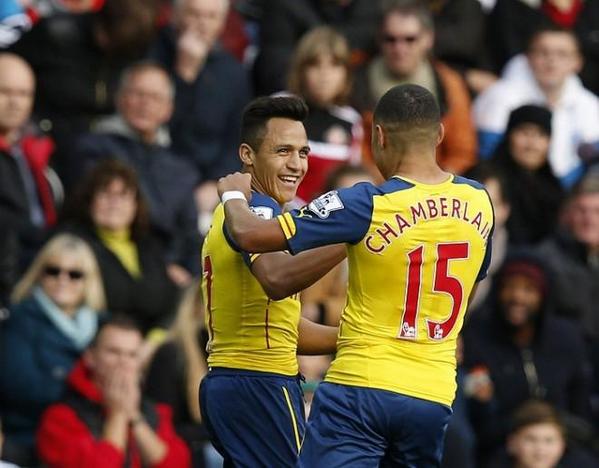 Arsenal midfielder Alex Oxlade–Chamberlain is looking to leave the club at the end of this season.

Daily Mirror are reporting that Chamberlain is frustrated with the lack of first-team opportunities at Emirates. Furthermore, his international career has also stalled due to his limited role at Arsenal.

The 23-year-old was rated as a world class talent when he joined the Gunners in 2011. However, his progress has stalled due to injuries and the lack of game time. The Arsenal midfielder has made just 121 Premier League appearances during his six seasons at the club.

Chamberlain’s current contract expires in 2018 and Arsenal are yet to offer him an extension. The England midfielder believes that he needs a fresh start at a different club. As per the report from Mirror, Manchester United and Manchester City are interested in the Premier League midfielder.

The England international can operate in a number of positions and could be a quality addition to most sides in the league. Chamberlain can play as a winger, an attacking midfielder as well as a central midfielder.

The likes of Jack Wilshere and Kieran Gibbs are expected to leave the club as well. Both players are nearing the end of their current deals and the Gunners are yet to offer any extensions.

Arsene Wenger’s future at the club is also doubtful after the hammering against Bayern Munich in the Champions League. Furthermore, the Gunners have failed to challenge for the title once again despite splashing the cash on Xhaka, Mustafi and Perez.