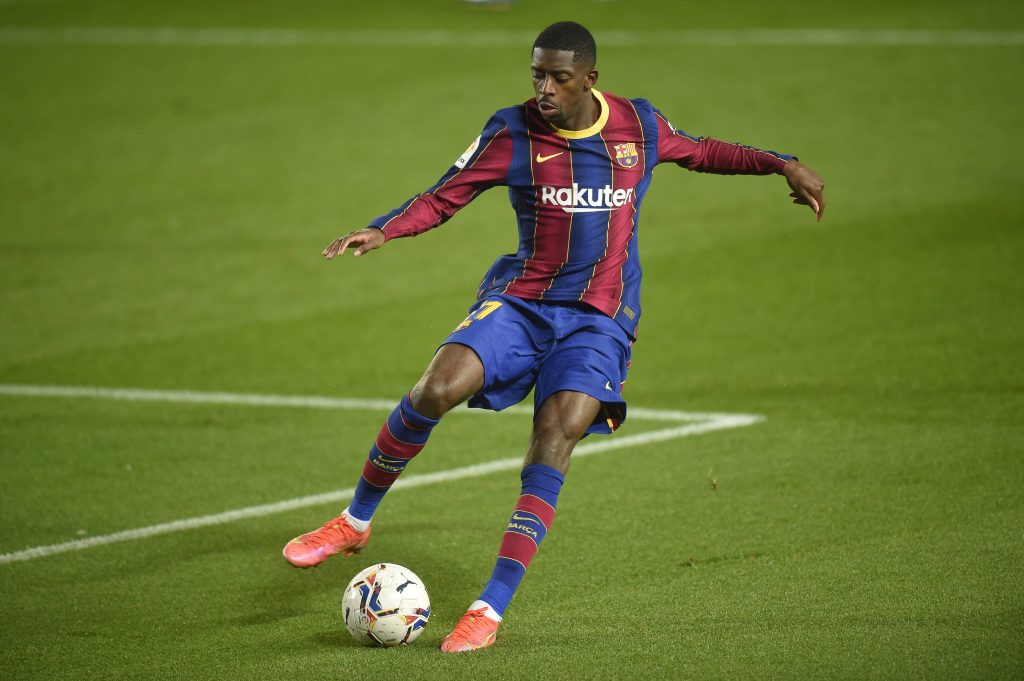 Dembele has had a tough time with the Blaugrana over the past three-and-a-half years, where he has suffered as many as 10 injuries.

He has still impressed with 28 goals and 20 assists from 109 outings and has stayed unscathed for most of the current campaign.

United failed with an attempt to sign Dembele on loan last summer but have been encouraged to make a fresh move after monitoring his progress.

Juventus have also been credited with an interest in signing the World Cup winner, who has less than 15 months left on his Blaugrana contract.

Elsewhere, Paris Saint-Germain and Liverpool have not made any contact, but they are keeping a close eye on the player’s situation.

The Red Devils have lacked the presence of a right winger who can regularly find the back of the net.

Marcus Rashford, Daniel James, Anthony Martial and Mason Greenwood have all played in the position without much success this term.

Dembele has been a regular in the role during his career, and he has five goals and three assists operating from the spot this season.

His injury record has been a concern in the past, but he appears to have put that behind him with 35 appearances across all competitions this term.

He is currently valued at €50 million by Transfermarkt, but could be available for less as he will enter the final year of his contract this summer.

United are among the front-runners to sign him but could face stiff competition from Liverpool if the Frenchman opens the door for a Premier League move.

The Reds will be aiming to add more attacking quality into their squad, as they aim to offer a stronger challenge for the league title next term.