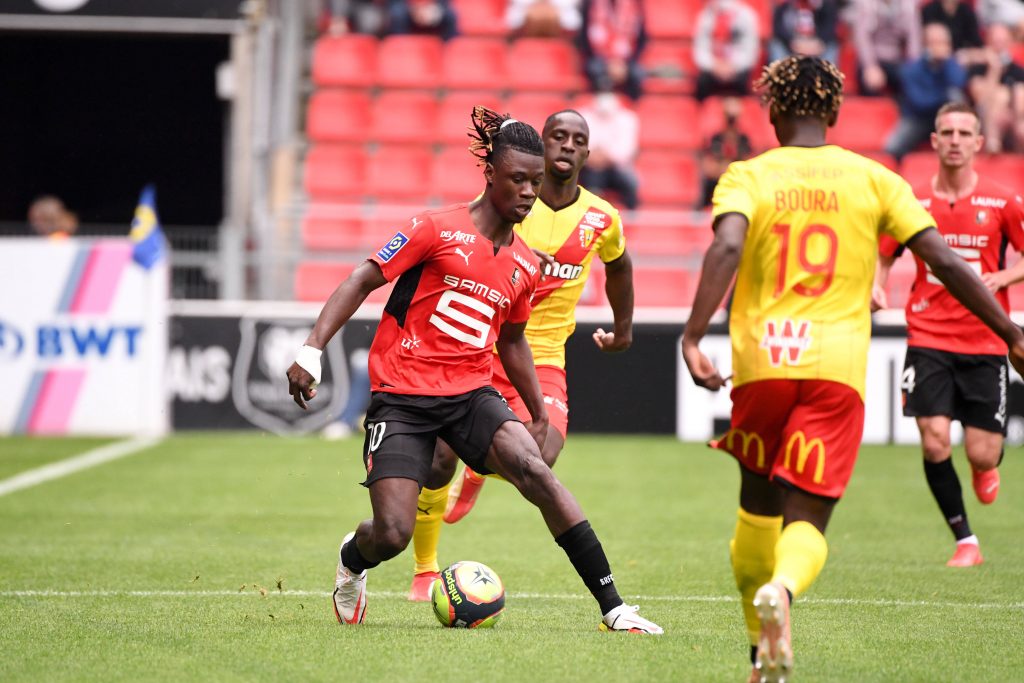 Manchester United have an excellent chance to sign midfielder Eduardo Camavinga amid reports that Rennes are likely to listen to offers before the transfer deadline.

The Frenchman is regarded as one of the best young defensive midfielders in Ligue 1, and his progress has caught the eye of elite European clubs, including the Red Devils.

Italian journalist Fabrizio Romano has revealed that Rennes are open to offers of €35 million for the 18-year-old whose contract expires in 11 months.

No bids have been made, but it is suggested that it could be an open race to sign him.

Camavinga had his breakout season for Rennes in 2019/2020, averaging a sublime 4.2 tackles from 25 league appearances in the holding midfield role.

He played in a more advanced central position last term but could not make a similar impact as he struggled for consistency with his displays.

Despite this, he averaged nearly three tackles per game. The 18-year-old has plenty of potential and could become a leading midfield star in the future.

United are admirers of the Frenchman. The club are not actively looking to sign a defensive midfielder but can’t miss out on the chance of pursuing Camavinga.

The youngster remains undecided over his next club, but it has been widely reported that he may prefer to stay in Ligue 1 with Paris Saint-Germain.

However, the French giants may need to recoup funds first after the big-money contract for Lionel Messi. United have the chance to take advantage of the situation.

It won’t be an easy task for them to lure him. The youngster will want the assurance of regular starts if he makes the switch to Old Trafford this summer.

His availability could trigger interest from elsewhere. Chelsea have been fancied to sign a young defensive midfielder for a while. Camavinga could be on their radar.

Real Madrid are also long-term admirers of the France international. There could be a late bidding battle that could boost Rennes’ prospects of getting a higher bid.