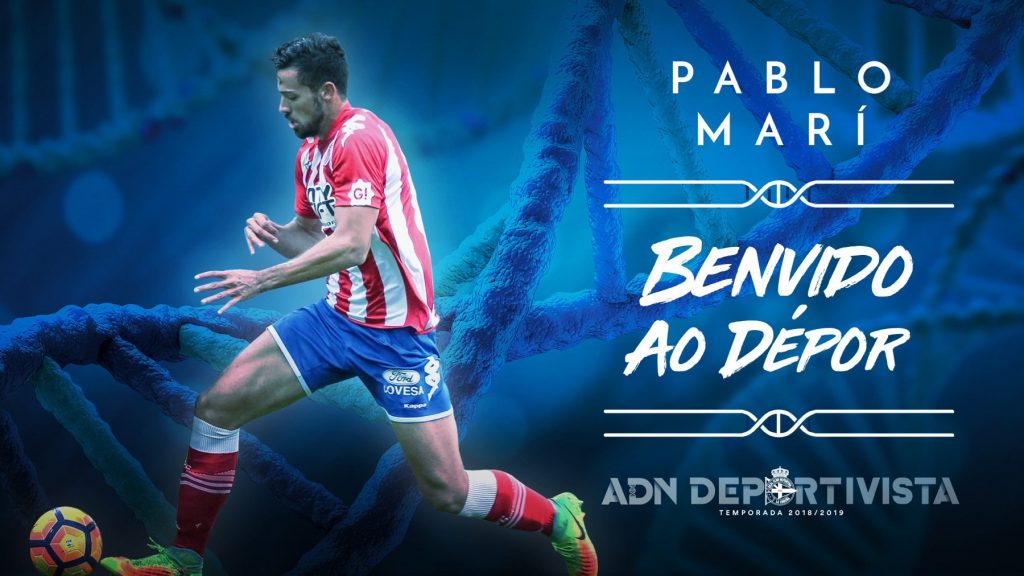 Manchester City confirm Pablo Maria has departed the Etihad Stadium and joined Real Club Deportivo of the Segunda Division on a season-long loan. It’s his third move away from the club in just two years and doesn’t bode well for his future in England.

It’s another departure for City this summer, with Divine Naah joining Tubize and Ashley Smith-Brown joining Plymouth. There could be more to follow now players have returned for pre-season too.

As for Mari, the 24-year-old may not return to the Sky Blues at the end of next season as he’ll be out of contract and unlikely to be given a new deal as he’s yet to make a first-team appearance. He joined City from Gimnàstic in 2016, but he’s been loaned out every season since his arrival.

While an uncompromising defender with a great range of passing, the centre-back stands little chance of getting first-team football under Pep Guardiola given the competition for playing time. Mari has Vincent Kompany, Nicolas Otamendi, John Stones and Aymeric Laporte ahead of him in the pecking order who are all vying for minutes for next season, so a loan move is the best option.

The 24-year-old has gotten used to his situation. He was loaned out to Girona in his debut season at City, before spending last season at NAC Breda – another partnered club of the Sky Blues. Mari can continue his development with regular football at Deportivo and will hope to put himself in the shop window should City opt against extending his contract past next summer.