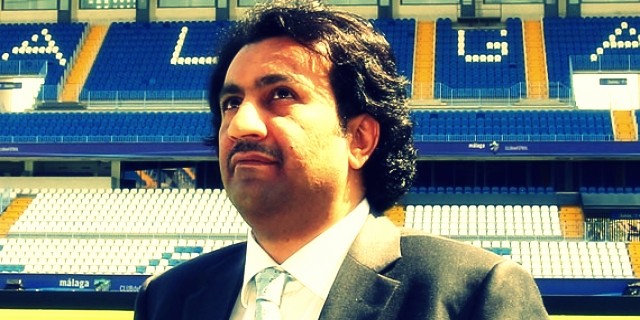 Malaga have been banned from the Champions League next season as UEFA flex their muscles over financial fair play.

The high-flyers from Spain have been punished as they failed to pay player wages and tax bills on time and they face a second year of being banned from Europe if they do not resolve their debts by the end of this March.

UEFA have also put a provisional ban in place for the following two seasons, meaning Malaga could be banned from the Champions League and Europa League for the next four seasons if they don’t rectify their financial situation.

It is extremely encouraging to see European football’s governing body making an example out of the Qatari-owned Spanish club and dishing out severe punishment which will stop clubs from misusing finance in the game.

The club has been fined €300,000 along with the ban and imminent extension of that ban but the wealth behind the club means there will be no implications on this front.

The only way that financial problems and flawed rules or guidelines are going to be resolved is if the powers that control football start dishing out bans instead of heavy fines.

“The club is excluded from participating in the next UEFA club competition for which it would otherwise qualify in the next four seasons – Málaga will be excluded – if it does not prove, by 31 March, 2013, that it has no overdue payables.”

The Financial Fair Play guide which UEFA now uses to govern money in football clearly states that a club must pay all owed monies and revenue to players and tax authorities on time.

It is a condition of a governing body handing out a license to a club to play in UEFA competitions. If the rules are not followed then that license will not be issued.

This is an extremely positive move from UEFA and the clearest sign yet that they are serious about the FFP initiatives they have put in place.