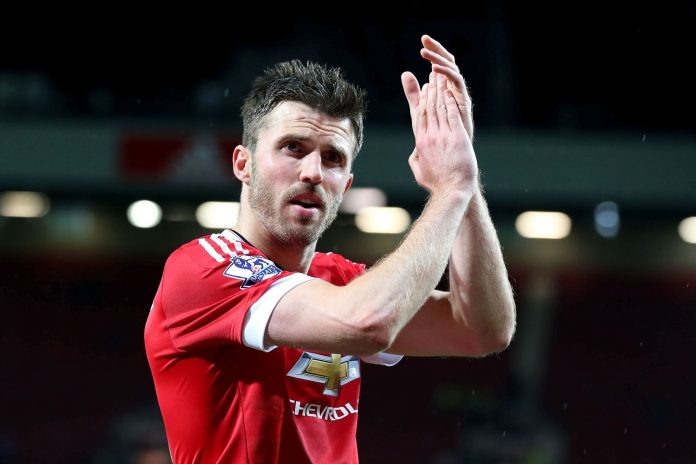 The 34-year-old penned down a one-year contract extension at the Premier League giants earlier this month to prolong his stay at the club for over an entire decade.

But the English midfielder’s spell at Old Trafford was poised to end, had Man United not sacked Louis van Gaal last month.

The former Ajax, Barcelona and Bayern Munich coach, whose tenure at Man United was heavily overshadowed by the Dutchman’s conservative tactical decisions and the team’s uninspiring style of play, reportedly told Carrick that he had no future at the club 10 days before the FA Cup final against Crystal Palace.

Carrick also made symbolic gesture that he was bound to leave the 20 times English league champions during Man United’s rescheduled final home game of the season when he was accompanied on to the pitch by his two children.

However ever since, Man United have announced the departure of Louis van Gaal and appointed former Real Madrid and Chelsea boss Jose Mourinho as his successor, who has opted to offer Carrick a new one-year contract to keep him at the club next season.

Mourinho said: “Michael is a very intelligent midfielder and a great reader of the game. His form this year shows his ability and his enjoyment of the game are as strong as ever. Michael has a wealth of experience from his many years at the club and that knowledge will be invaluable to me. I am really looking forward to working with him.”

Carrick will head into Mourinho’s first campaign as the club’s vice-captain, being the most senior player in Man United’s squad but will almost certainly be his final season at the Theatre of Dreams.