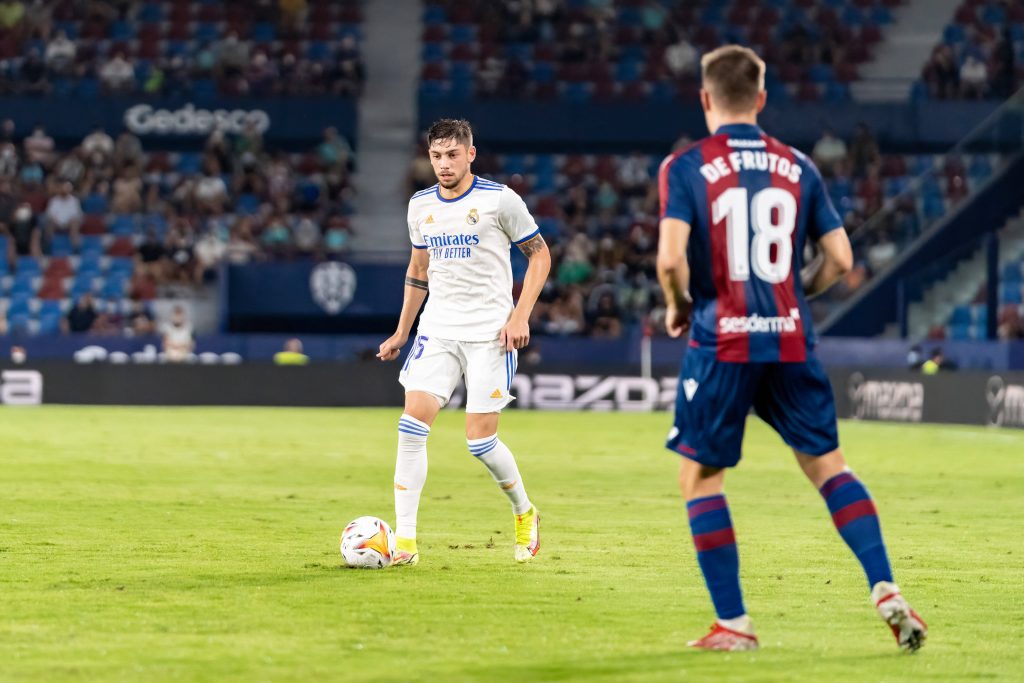 Liverpool were prepared to pay €100 million (£85m) for Real Madrid midfielder Federico Valverde this summer, according to Bernabeu Digital.

Central midfield is certainly an area where Reds boss Jurgen Klopp will be looking to strengthen at Anfield before the transfer window closes.

Gini Wijnaldum left to join Paris Saint-Germain on a free transfer earlier this summer, and he still hasn’t been replaced.

It seems as though Klopp identified a Madrid star as the ideal replacement for the Dutchman.

The Merseyside outfit were ready to smash their £75m transfer record by another £10m to bring the Uruguay international to Anfield.

However, the bid never materialised after the 23-year-old’s agent made it clear that his client’s intention was to sign a new deal with Madrid.

That’s a shame. The South American would have been an exceptional signing for Liverpool.

During those outings, he averaged one tackle and one interception per game.

The Uruguayan made 31 passes on average per game and recorded a completion rate of 89%.

Valverde undoubtedly is a superstar in the making.

The fact that his agent told Liverpool to not even bother with an £85m bid shows just how valued he is in the Spanish capital.

And whether the Reds make a concrete attempt to sign him at some point in the future remains to be seen.