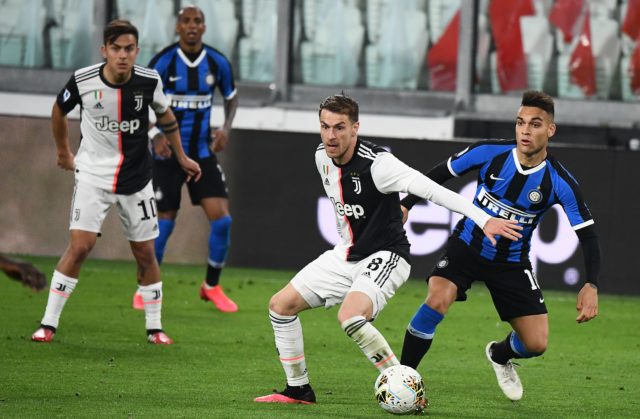 Juventus midfielder Aaron Ramsey has been linked with a move to Liverpool at the end of this season.

According to Tutto Juve, Liverpool manager Jurgen Klopp is keeping tabs on the former Arsenal star, and the Italian club are willing to cash in on him this summer.

The Welshman is on considerable wages, and Juventus are hoping to get him off their wage bill. The 30-year-old could be signed for a fee of around €12 million (£10.3m)

There is no doubt that Liverpool need a goalscoring midfielder, and Ramsey could prove to be a quality short-term addition.

However, they are missing someone like Bruno Fernandes who can score goals consistently from the centre of the park.

Although Ramsey is not as prolific as the Manchester United star, he had an impressive scoring record from the midfield during his time at Arsenal.

If he can regain that form and confidence, he could be a useful player for Klopp and Liverpool.

The 61-cap Welsh international still has a few years left at the top level, and the €12 million asking price could prove to be a bargain.

The player has recently been linked with West Ham United and Crystal Palace, but a move to Anfield would probably be more appealing.

Ramsey has been a shadow of his former self since joining Juventus, and a return to the Premier League might be able to rediscover his form.