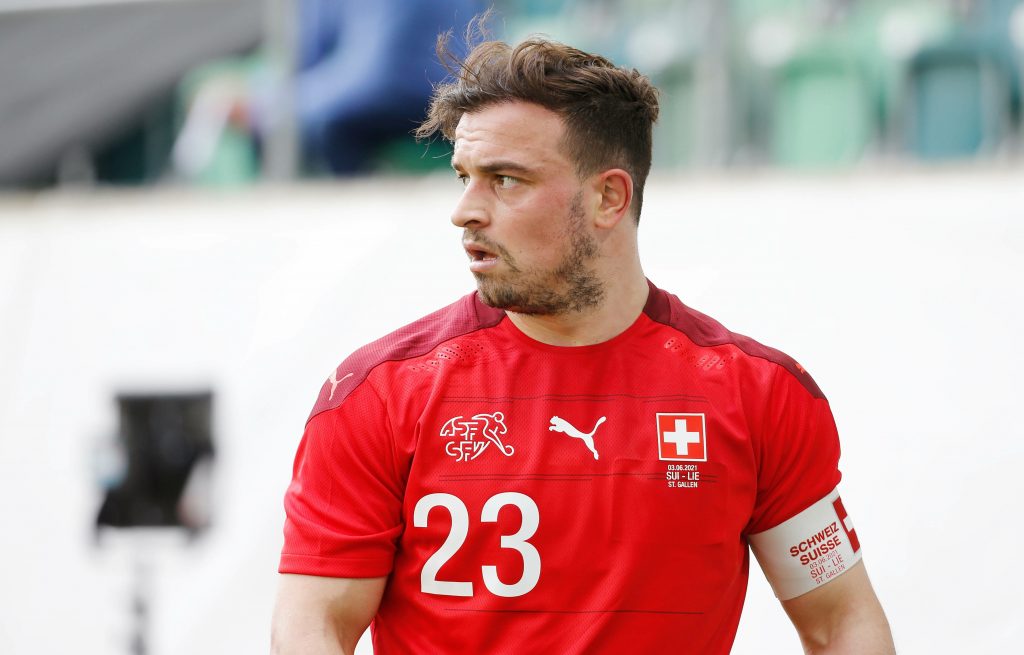 Liverpool are set to allow winger Xherdan Shaqiri to leave the club this summer.

Shaqiri has been at Liverpool since 2018, arriving for an estimated £12 million fee following his relegation with Stoke City.

Since then, he has made 63 appearances in all competitions, scoring eight goals and winning a Premier League title and a Champions League.

However, he has never been a regular starter at Anfield, largely due to the incredible form of star man Mohamed Salah.

He made just five league starts last season, with a further nine appearances coming off the bench.

Nonetheless, there is no doubting his ability, which he proved at this summer’s European Championships.

He scored three goals and registered an assist for Switzerland, as his country reached the quarter-finals before being knocked out on penalties by Spain.

It looks like the 29-year-old is set for a move away from the Merseyside club this transfer window, with the player himself confirming his desire to leave. He mentions Lazio as his preferred destination.

As quoted by Fabrizio Romano on Twitter, Shaqiri said: “I told the Liverpool board I feel ready for a new challenge.

“They accepted my decision and will now consider bids to sell me. Liverpool won’t stop me this summer.

“I’d love to come back to Italy, and I’d like to play for Lazio.”

Lazio will be hoping for an improvement on last season’s sixth-placed finish.

New manager Maurizio Sarri arrived back in June and will be aiming to push for a Champions League place in his debut campaign.

The former Chelsea boss has already been busy in the market.

He brought former player Felipe Anderson back to the club from West Ham United and also signed Dimitrije Kamenovic and Elseid Hysaj – the latter of whom he worked with at Napoli.

Should Shaqiri depart this summer, he will be the third forward to leave Liverpool.

Harry Wilson moved to Fulham for £12m, and Taiwo Awoniyi made his loan move at Union Berlin permanent. Divock Origi is also expected to move on soon.