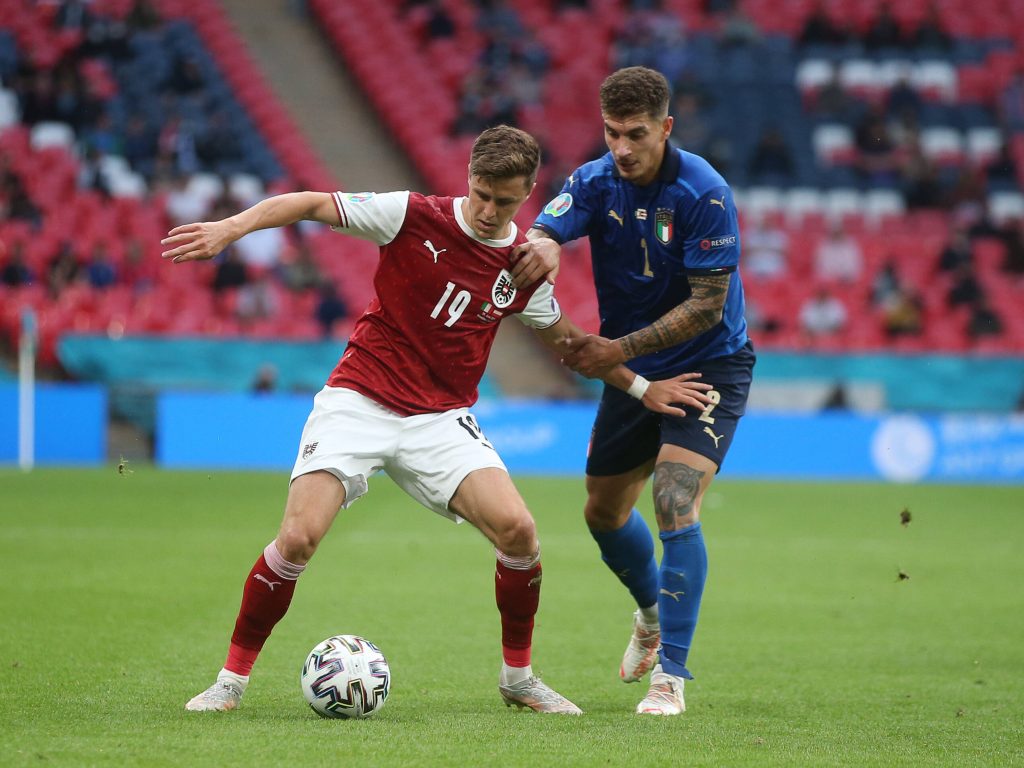 It is an open secret that Liverpool need a midfielder this summer.

Following Gini Wijnaldum’s departure, the Reds need to add depth in midfield, although they may not look to bring in a like-for-like replacement.

On that basis, an attack-minded central midfielder would be a sensible addition and Hoffenheim’s Christoph Baumgartner is an excellent option.

According to German publication Kicker, both Liverpool and Manchester United are battling to sign the highly-rated 21-year-old midfielder.

The Austrian youngster has impressed at Euro 2020.

They were knocked out at the last 16 stage by Italy, but he was impressive throughout the campaign. He scored in a 1-0 win over Ukraine to send his country into the knockout stage.

With Xherdan Shaqiri likely to leave the club, Baumgartner could be an ideal replacement for him.

He is an exciting young talent who can play anywhere across the front three and as an attacking midfielder. He has an eye for goal and creates chances for others.

The Austrian has just started to flourish and could be a long-term asset for the club. He has a contract at the club until 2025, but Liverpool can get him at a reasonable price.

However, his price could rise following an impressive Euro campaign, so Liverpool need to move quickly for him.