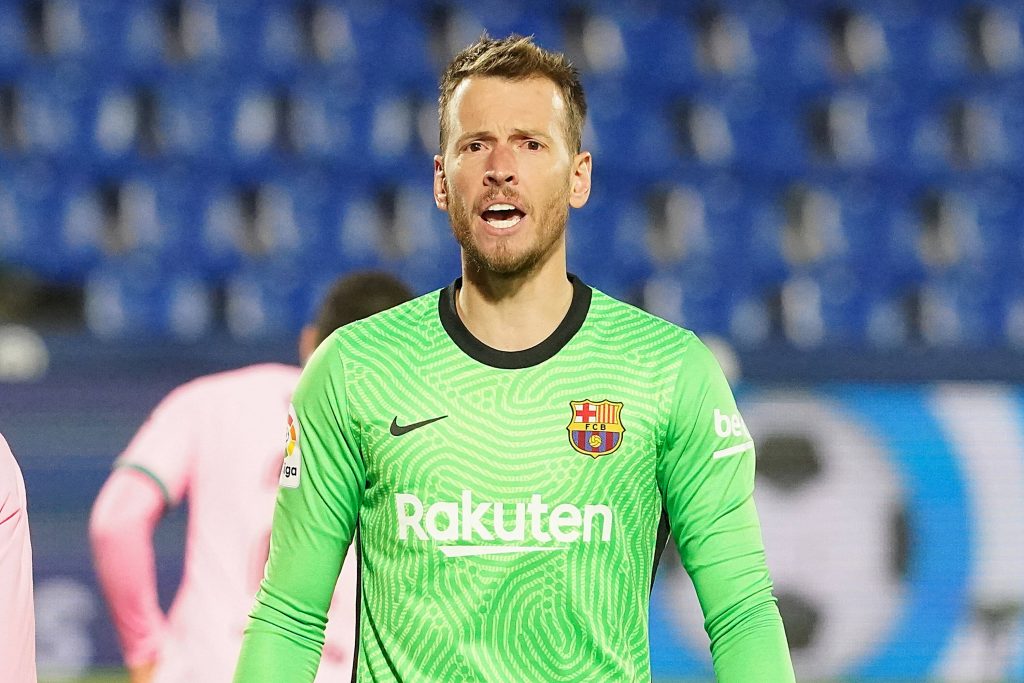 The Toffees recently parted ways with Robin Olsen following his loan spell from Roma, and it is unclear whether they will re-sign him.

The club are now keen on pursuing another back-up keeper to Jordan Pickford and have expressed an interest in securing Neto’s services.

The Brazilian has been the deputy shot-stopper behind Marc-Andre ter Stegen for the past two seasons, and he is open to a new challenge.

Neto was a regular with Valencia before he made the switch to the Blaugrana in 2019. He joined in a straight swap deal for Jasper Cillessen.

The 31-year-old has since made just 17 appearances, and he is now keen on moving on despite the Blaugrana’s desire to keep him.

With two years left on his contract, the Blaugrana could demand a reasonable fee, but it is unclear whether Neto would be tempted to join the Toffees.

The shot-stopper wouldn’t want to leave the Catalan giants this summer to regularly sit on the bench for the Merseyside outfit next term.

Arsenal have also been linked with the services of the Brazil international, but they appear to be prioritising a move for Ajax’s Andre Onana.

The Gunners are being fancied to sign the Cameroon international for around £7 million, with little to no interest from other top European clubs.