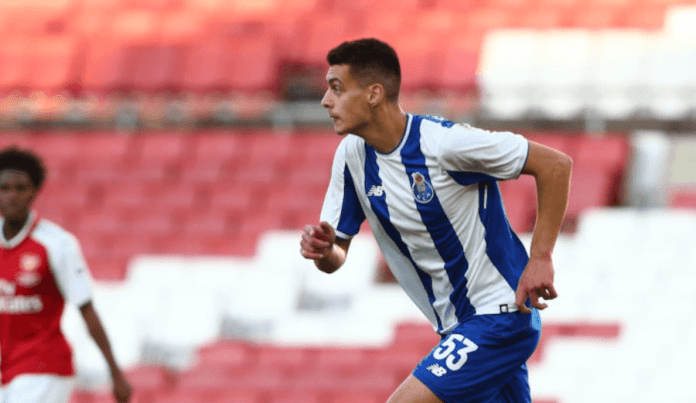 The 19-year-old is a target for Arsenal as well but Guardian claims that Liverpool are in pole position to secure his services.

Leite is one of the most talented young centre-backs around Europe right now and he would be a quality addition to Jurgen Klopp’s side.

Young Joe Gomez has been struggling with injuries and Leite’s arrival will allow the Englishman to recover without any pressure. Earlier this season, Gomez has played through pain due to the lack of depth in the side and that has cost him his place in the Champions League final and the World Cup.

Clearly, Klopp wants more depth in the defensive positions and Leite would be an ideal addition.

The 19-year-old has been very impressive for Porto’s B team this season and he has attracted Manchester City’s attention as well.

Apparently, the player has a €15m release clause and Arsenal are prepared to trigger it this summer. It will be interesting to what happens this summer.

If the Reds trigger his release clause as well, it will come down to the player’s preference and Jurgen Klopp’s side are certainly a more attractive proposition right now.