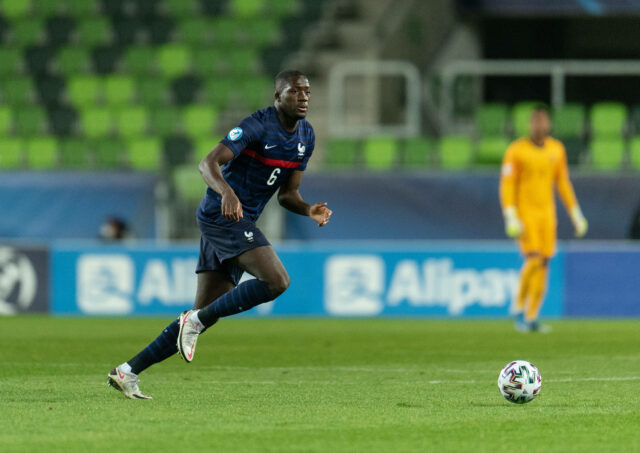 According to The Athletic, Liverpool are in the process of finalising a deal for RB Leipzig centre-back Ibrahima Konate.

The report claims that the situation is at an “advanced stage”, and if everything goes to plan, he could be added to Liverpool’s ranks at the soonest opportunity.

TRUE ✅ @LFC are favorite on the transfer of Ibrahima Konaté (21). The Player of @DieRotenBullen has a release clause @David_Ornstein

Liverpool have made “significant progress” on the player they see as key to their recruitment plans.

David Ornstein of The Athletic claims that there is “still work to be done”, while Leipzig are under no pressure to sell the France youth international centre-back.

Liverpool are closing in on a deal for RB Leipzig defender Ibrahima Konaté, according to the Athletic. Many people view him as a bigger talent than Dayot Upamecano, and he would be a very smart signing for Liverpool. #LFC #RBL

Any potential suitor will have to pay his release clause – thought to be around €40 million – rather than negotiating to lower the asking price.

Konate is among the most promising young talents in his position, and he would be a superb signing for the Reds.

Liverpool’s season have been ravaged by injuries this season, most notably to Virgil van Dijk, Joe Gomez and Joel Matip.

The Reds signed Ben Davies and Ozan Kabak (on loan) in the January transfer window. Davies is yet to feature for the club, while Kabak could be purchased for £18m-plus add-ons permanently.

Liverpool were also interested in Leipzig’s Dayot Upamecano, but he is heading to Bayern Munich.

Konate has now emerged as Liverpool’s primary target, and it seems they are working on finalising his deal at the earliest opportunity.

In other news, Barcelona have offered a three-year deal to Liverpool midfielder Gini Wijnaldum.