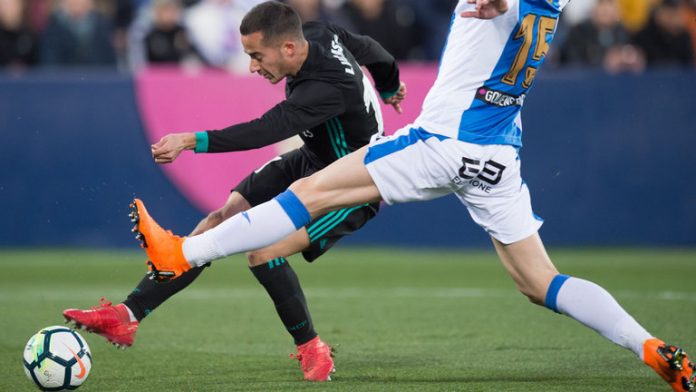 Liverpool are set to rival Arsenal for the signature of Real Madrid star Lucas Vazquez.

The Gunners are willing to pay Vazquez around £130,000 per week, but Marca has claimed that the Reds are also “in the hunt” to sign the winger.

Chelsea and AC Milan are also said to be interested in the 26-year-old, although the latter’s ban from playing in Europe effectively puts them out of the running.

His versatility makes Vazquez an attractive proposition for potential suitors, but Madrid are believed to be in no hurry to him.

He came on as a substitute in Spain’s group games against Portugal and Iran, but remained on the bench during their 2-2 draw with Morocco.