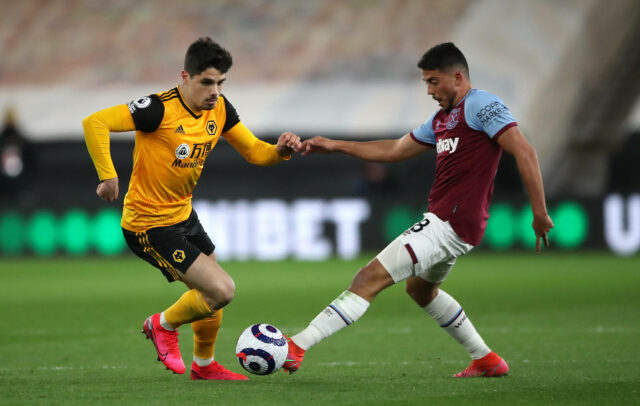 According to 90min, both Premier League clubs have enquired about the availability of the exciting winger.

Serie A giants Juventus are also in the race for his signature.

The 21-year-old is a versatile attacking midfielder who can also play across all attacking positions.

Last season he scored five goals and six assists in the Premier League in 30 starts.

He is a player with tremendous potential and Spurs, now managed by former Wolves boss Nuno Espirito Santo, want him in their squad.

Spurs are set to offload Erik Lamela as a part of the deal to sign Bryan Gil and may sell Lucas Moura and Steven Bergwijn if they receive good offers.

Neto would be a terrific signing for Spurs. He would slot in straightaway and add tremendous quality to their squad.

Liverpool are also looking to bolster their attacking department, with Xherdan Shaqiri likely to depart.

The Reds have been recently linked with a move for Jarrod Bowen, but Neto would be a more exciting signing if they can secure a deal for him.

Wolves are looking to sell some of their key players to boost their finances, but they are in no hurry to sell Neto who has a contract until 2025.