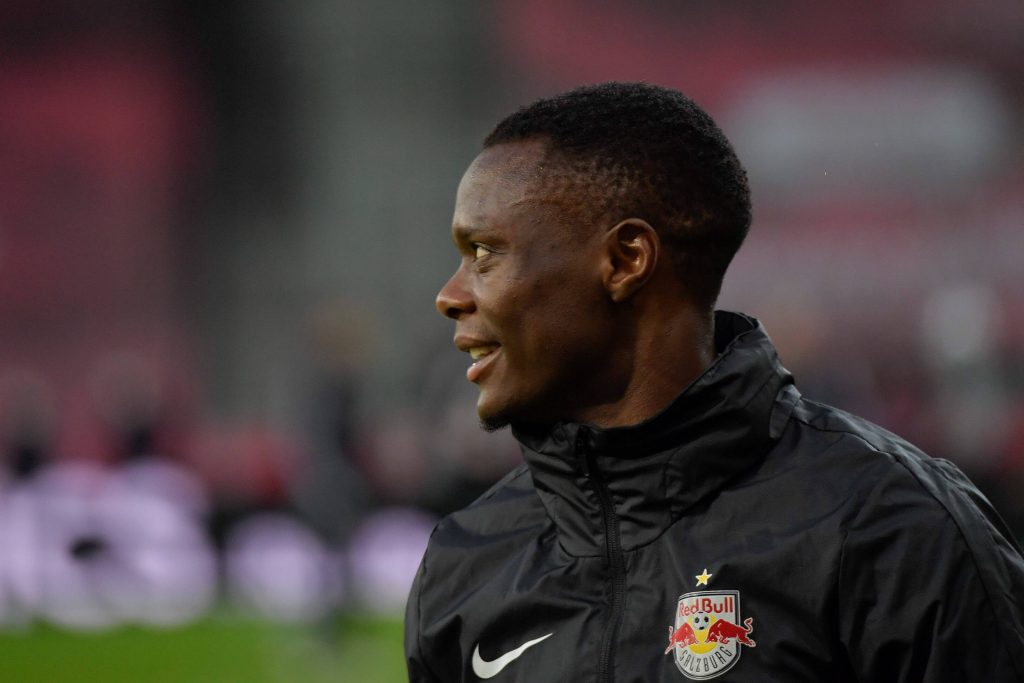 Leicester City have announced the signing of Patson Daka from Red Bull Salzburg.

The Zambian has put pen-to-paper on a five-year contract with the Midlands outfit.

He was on the radar of Liverpool, but the Foxes have won the race for his services.

He told the club’s official website: “I’m so, so excited to be able to be part of this great, historic club. It has been my dream, and I’m so happy and excited.”

His progress has led to comparisons with former teammate Erling Braut Haaland, who is now with Borussia Dortmund.

Haaland, who is two years younger than him, recently had an excellent campaign for Dortmund with 41 goals.

There has been plenty of hype over Daka, and it will be exciting to see whether he can make an immediate impact with the Foxes.

Daka likes to play with another striker. The Midlands outfit seem the ideal fit for the 22-year-old to prosper.

Jamie Vardy remains an undisputed starter at 34, but the club are looking into the future with the recent signing of Daka.

Kelechi Iheanacho was the standout striker earlier this year, but it is unclear whether he can sustain his scoring form.

Daka should offer strong competition to the Nigeria international next term before establishing himself as a regular starter.

Liverpool were reportedly keen on him, but he has definitely made the best choice to join the Foxes over the Merseyside giants.

With competition from Roberto Firmino and Diogo Jota, he would have faced the prospect of being a regular on the bench.

The Foxes have landed a big coup with the signing of Daka. They will hope that their latest acquisition can boost their top-four prospects.