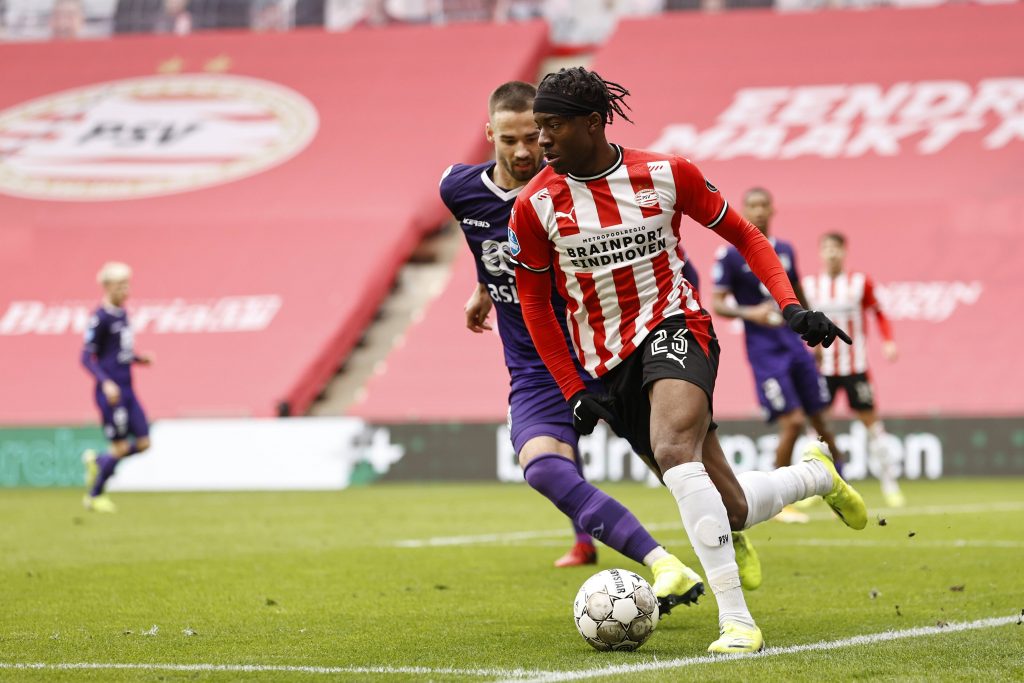 According to Daily Mail, the Foxes have enquired about the England under-21 international’s availability.

Madueke has been a long term target for Leicester manager Brendan Rodgers who tried to sign the player during his time at Celtic.

AC Milan, RB Leipzig and Lille are also keen on signing the 19-year-old who could cost around £15 million this summer.

SL View: Rodgers could help the youngster fulfil his potential

The Foxes have a great chance of qualifying for the Champions League, which could help them lure Madueke to the King Power Stadium.

The chance to play in the Premier League is also an attractive proposition, and he may be tempted to join Leicester if there is a concrete offer on the table.

Madueke has scored nine goals with eight assists in 29 appearances this season and is contracted to the Dutch outfit until 2024.

The Foxes will need additional depth in their squad if they qualify for the Champions League, and Madueke could be a shrewd addition.

Read: What Brendan Rodgers feels about Tottenham’s interest in him.