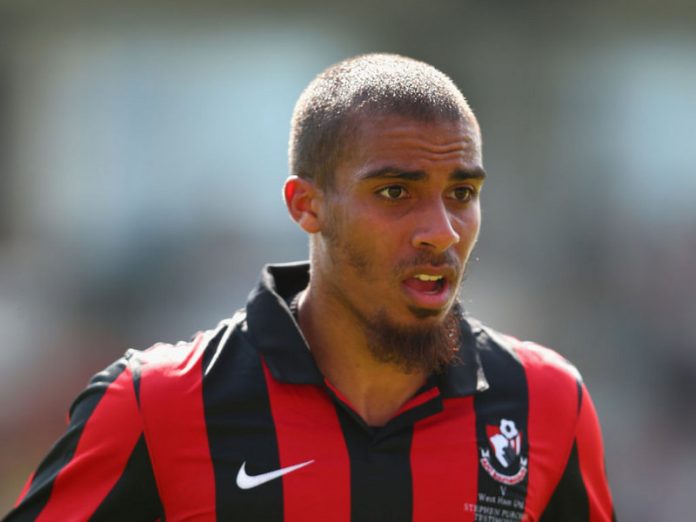 Leeds United are one of the three Championship clubs that are looking to sign Bournemouth striker, Lewis Grabban, the other two clubs being Brighton and Fulham.

Grabban, the English-born Jamaican, first joined Bournemouth in 2012. During his two-year stay at the club, he scored 35 goals in 87 games for the Cherries. After that, he completed a transfer to Norwich City for an undisclosed fee, thought to be in the region of £3m. He went on to score 13 goals in 44 games for the Canaries, and played a key role in the club’s gaining promotion to the Premier League.

The striker re-joined Bournemouth during the January transfer window in 2016 on a three-and-a-half-year deal. Last season he failed to score a single goal in 15 league appearances for the club. This season, he has made only three substitute appearances in the Premier League.

He has mostly appeared in the cup games for Bournemouth this season. Grabban scored against Preston, his only goal of the season, in Bournemouth’s 2-3 defeat in the EFL Cup in September. His last appearance for the club came last Saturday in Bournemouth’s 3-0 defeat against Millwall in the FA Cup.

It is quite clear that he no longer features in the first team plans of his manager, Eddie Howe, and the club would be willing to sell him.

Grabban is a proven Championship player and would be a good signing for either of the three clubs. Leeds are currently stocked with attacking forwards and as such bolstering that department isn’t a necessity. Nevertheless, the 28-year-old’s record at this level makes him an attractive proposition for the Championship club.