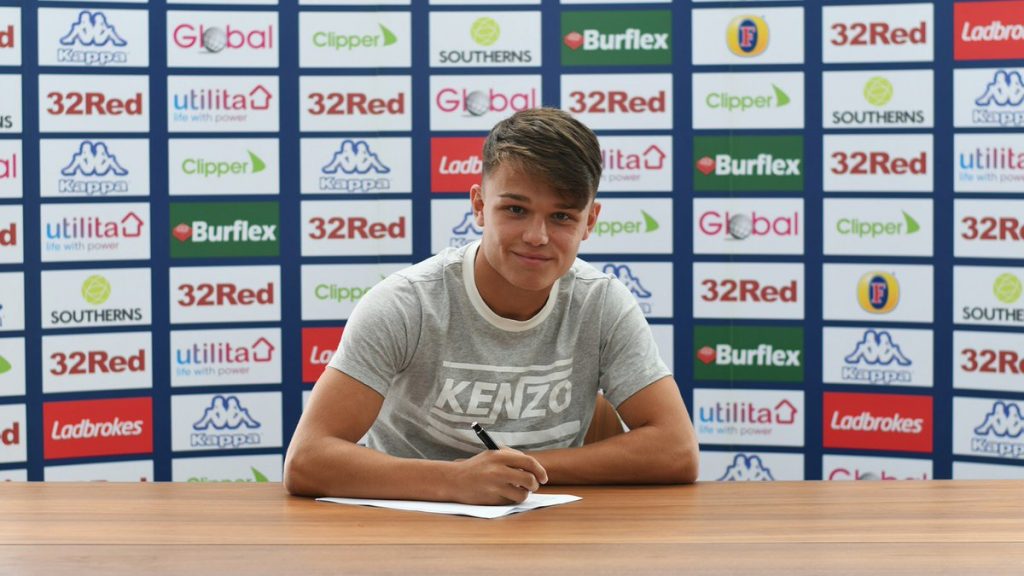 Leeds United maintained their unbeaten start to the season after earning a 2-2 draw against Swansea City at the Liberty Stadium on Tuesday night.

The home side took the lead through Oli McBurnie after a vibrant opening spell from Graham Potter’s side. Leeds restored parity through Kemar Roofe who scored before half-time.

McBurnie gave Swansea the lead again in the 51st minute with a brilliant header. Patrick Bamford, who came on for Roofe, set up Pablo Hernandez who cooly finished it off to take Leeds to the top of the Championship table.

One player who made a strong impression during the game was Jamie Shackleton. Marcelo Bielsa has already said positive words about the 18-year-old and he produced a fantastic display against the Swans.

He provided the cross for Roofe to tap in for Leeds’ opening goal and overall produced a brilliant display earning praises from Leeds United fans on social media.

Leeds fans took to social networking site Twitter to express their reaction on Shackleton’s performance and they were pretty impressed with the young lad.

wee jamie shackleton had a blinder for leeds united tonight, shite we drew w them but he was causing us all sorts of problems

I don’t think people actually realise how good Jamie Shackleton really is, Leeds have such a special player?#lufc #mot

What a performance it was from young Leeds player Jamie Shackleton last night, such a top talent??#LUFC #MOT

A Leeds team that was patient despite going behind. The Phillips substitution was spot on. Saw the threat from the opposition and dealt with it, Plus he-was on a yellow. Shackleton showed his maturity. Both sides could have nicked it 1-1 fair result #LUFC Roofe #dynamite ⚽️

The 18-year-old made 41 passes, attempted four long balls, and made three clearances as well during the game, according to whoscored.com.