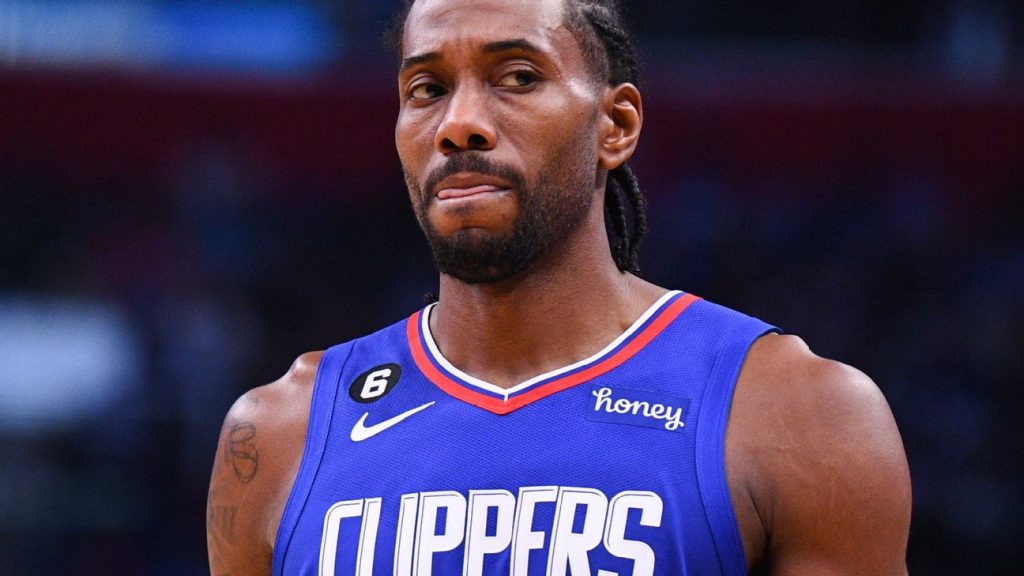 LA Clippers will once again be without franchise star Kawhi Leonard for the second meeting with Oklahoma City Thunder in less than a week.

The five-time All Star returned to the court for the first time since undergoing ACL surgery in the summer of 2021, but sat out Tuesday’s 108-94 defeat to Thunder.

Leonard complained of stiffness in the knee that he was forced to have surgery on last year in the pre-game warm-up.

Clippers head honcho Tyronn Lue insisted the two-time NBA champion is yet to face another set-back, but LA are preceding with increased caution following this latest bump in the road.

His absence, along with the returning John Wall, has been felt for months at the Clippers and loyal fans were eager for their swift returns ahead of this new season. However, Tuesday’s tie with Oklahoma showed just how important their inclusions may be going forward having trailed by 26 against a side who had previously failed to register a win so far.

Clippers coach Ty Lue said prior to the game, “we want to be cautious, make sure we’re doing the right thing by him; even though he wanted to play, we just thought it wasn’t smart.

“He can be mad at us if he wants to but just not smart right now.”

The league is in a much better place when Kawhi Leonard and John Wall are healthy and hooping. 🔥 pic.twitter.com/DS5eLZmnIi

Leonard has featured for little over 20 minutes in his two season appearances thus far, but his contribution has quickly been felt having put up 25 points and 13 rebounds in 42 minutes.

The Clippers faithful will be watching in search for retribution when they face Thunder as favourites in NBA betting at the Paycom Center on Thursday, but for a side ranking second worst in the NBA after the first week, there is little room for respite.

They have failed to put up 100 points in their last two games, and although Thunder remain 1-3 so far this season, they will take comfort in the fact that LA surrendered 21 offensive rebounds and failed to capitalise on their less than favourable four from 30 three-point attempts.