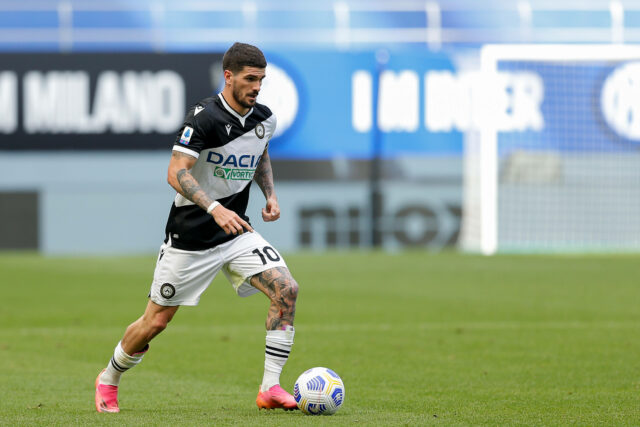 The summer transfer window will be hugely important for Leeds United.

The Whites did a remarkable job in their first season in the Premier League after a long absence of 16 years. Marcelo Bielsa’s side finished ninth in the table.

Leeds will be looking to bring in players of similar quality and bolster their squad this summer, with Phil Hay claiming that at least three or five players will be added to the squad.

The Whites have been heavily linked with a move for Udinese superstar Rodrigo de Paul once again.

Earlier this month, Football Insider claimed that the Whites are prepared to resurrect their interest in the 26-year-old playmaker.

The report added that the Whites are willing to pay a club-record fee for the Argentine midfielder, who is valued at around £37 million.

Recently, Udinese director Pierpaolo Marino has admitted that De Paul is likely to leave the Serie A outfit this summer.

However, the Mirror’s David Anderson has claimed that Leeds enquired about De Paul last summer, but he is no longer a target.

Just a word on Rodrigo De Paul. Leeds did make an enquiry last summer, but were not prepared to pay Udinese’s asking price and moved on. He is not a target this summer. I am also hearing that Leeds are no longer trying to sign Brest’s left-back Romain Perraud. #lufc

Leeds have also been linked with Romain Perraud, but Anderson has suggested that the Whites are no longer interested in him.

The Yorkshire outfit will be looking to sign a new left-back in the summer, with Ezgjan Alioski likely to leave the club on a free transfer.