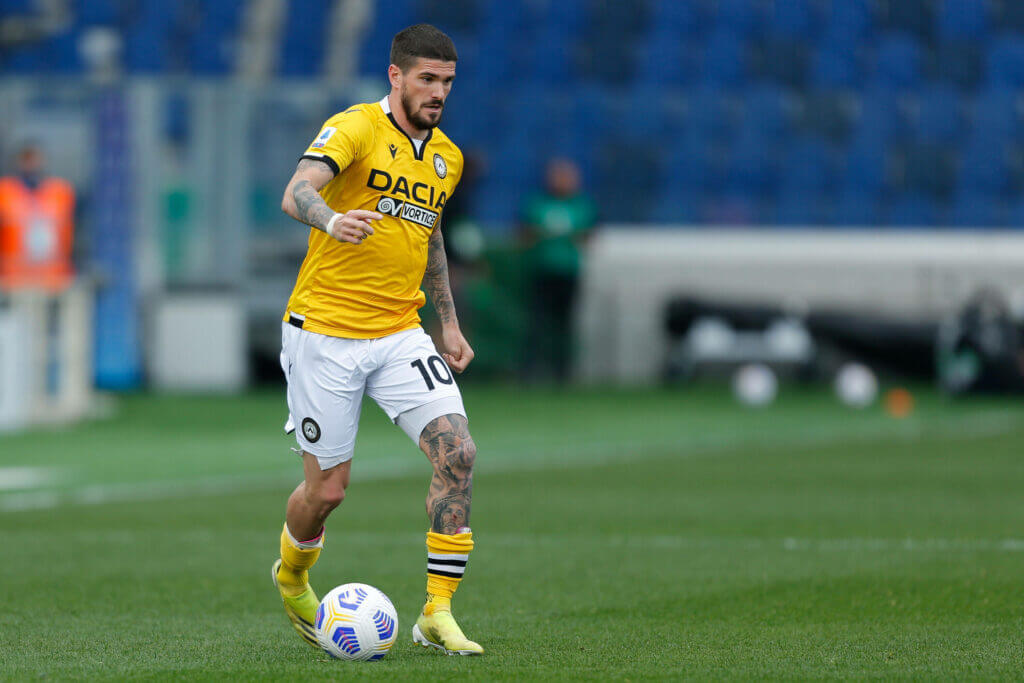 Popular football journalist Phil Hay has claimed that Leeds United are not looking to sign Rodrigo De Paul in the summer transfer window.

The Argentine attacking midfielder was heavily linked with a move to Leeds during the summer transfer window.

De Paul has been arguably one of the best attacking midfielders in Serie A, and the transfer link had got many Leeds fans extremely excited.

In the end, Leeds signed Raphinha from Rennes for a fee of around £17 million. The Brazilian has been a massive success, grabbing six goals and six assists in the Premier League.

However, the links with De Paul have not gone away. Hay has made it clear that Leeds were not close to signing him last summer, and they are unlikely to move for him this summer.

Hay wrote for The Atheltic: “I can only relay what I’m told whenever I ask about him – he was never close to signing last summer, and he’s not one of the midfielders Leeds are looking at most seriously ahead of the next window.”

Hay has claimed on The Athletic’s YouTube channel that Leeds could be looking to sign three to five players this summer.

The Whites will be looking to sign an attacking midfielder, but it seems De Paul is not on their wish list.

According to Italian news outlet Tutto Udinese, Liverpool and Barcelona are fighting for him in the summer transfer window.

The Udinese skipper would cost in the region of €50m (£42m), and both the clubs are clear front-runners for his signature. He has scored six goals and provided five assists in Serie A this season.