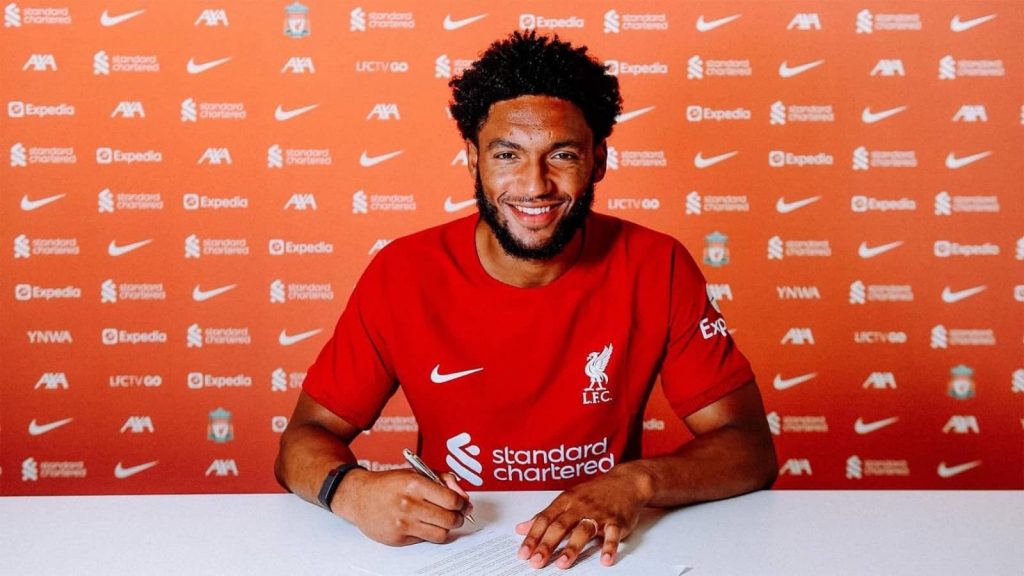 Liverpool defender Joe Gomez has put pen to paper on a new long-term deal, keeping him at Anfield for the next five years.

Gomez had been linked with a whole host of clubs this summer after falling further down the pecking order following the arrival of Ibrahim Konate last summer.

The England international has been on Merseyside since 2015 making him one of the longest-serving players in the current squad. Since making the switch from Charlton seven years ago, the 21-year-old has been a key part of a Liverpool side that has claimed both a Premier League title and a Champions League, as well as both domestic cups.

Once thought to be the future of England and Liverpool’s defence, he has been plagued by a series of long-term injuries, twice damaging his anterior cruciate ligament, as well as fracturing his leg which has halted his progression. Nevertheless, it seems his versatility, undoubted ability and potential to grow has allowed him to remain firmly in Jurgen Klopp’s plans for the future.

“It’s obviously a special moment for me and my family,” he told Liverpool’s website. “Another one that you dream of as a kid and one I don’t take for granted.

“It is an unbelievable place to be; in my eyes, probably one of the best – if not the best – clubs in the world at the minute. The opportunity to extend my stay here was an easy decision to make, really.

Grateful to call this club home & hungrier than ever to achieve more. The journey continues @liverpoolfc @ AXA Training Centre https://t.co/6GrRLQTjQI

“Obviously, I have been here quite a while now, but in the grand scheme of things I still feel young and, like you say, the best years are ahead of me. I have got more to learn and the time to do that.

“I think I have the platform here to do it with the manager and the coaching staff around me and my teammates, to make sure the best years are ahead.

“I think as a group, the sky is the limit. We want to go one, if not two, better than last season and aim for it all.”

Gomez has made 142 appearances in total over his seven year career for the Reds, while last season, he featured in just 21 matches in all competitions despite evading any serious injury concerns.

With four months until the World Cup in Qatar, he will be hoping to force himself back in the frame for club and country, and a deal as big as this is certainly a statement of intent from both Liverpool and Gomez himself.