Liverpool set to complete deal within ‘next few hours’

The mood in the Liverpool camp might have dampened a little bit after they lost against Manchester United yesterday in Miami, but the club have some good news to offer to the fans on the transfer front. The Reds are all set to complete their seventh signing of the summer, after Atletico Madrid defender Javier Manquillo was allowed to undertake his medical at the Anfield club. 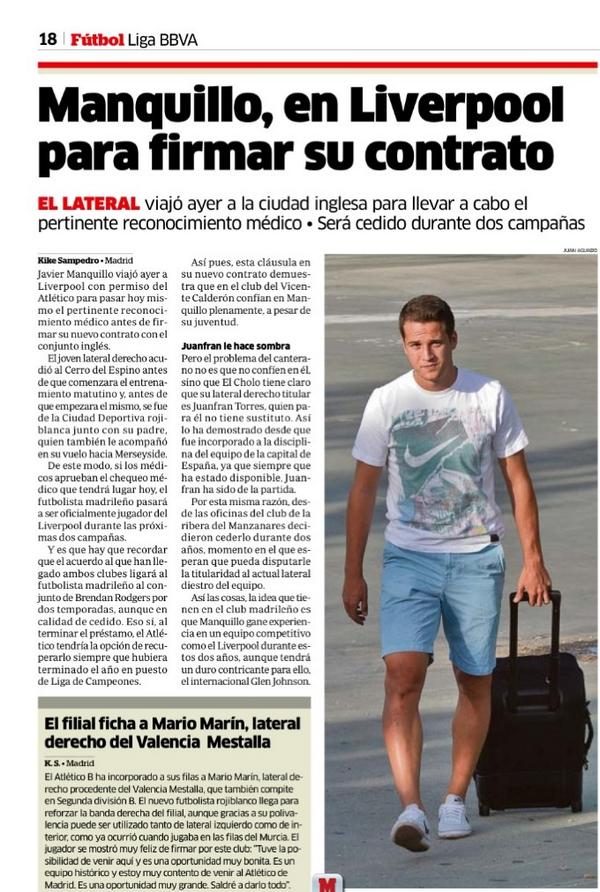 The youngster didn’t participate in training at Atletico Majadahonda Sports Club yesterday and rather was spotted in Liverpool, where he is supposed to undergo a medical. The 20-year-old versatile right back will sign a two year contract at Liverpool, albeit on loan, with the Reds having the option of signing him permanently for €5m. Marca claim that Manquillo will officially be presented as a Liverpool player within ‘next few hours’ today.

Manquillo made his senior debut with Atletico in 2011-12. He was given more exposure last season, where he played in seven games in the league and featured heavily in cup competitions. He was also a reported target of Arsenal but the Gunners chose not to pursue with the deal, after they signed Debuchy from Newcastle United.