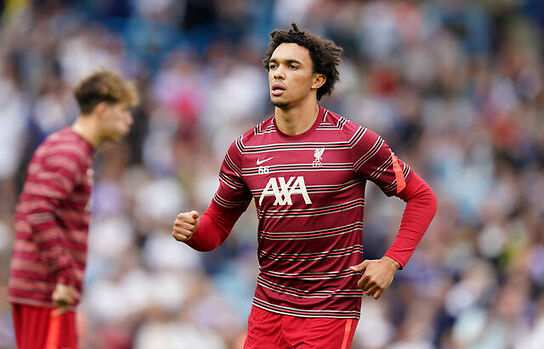 The 22-year-old is arguably one of the best right-backs in the Premier League, if not the best. He is an amazing passer and crosser of the ball, and just registered the 35th assist of his short career this weekend against Leeds United.

Trent is a highly gifted full-back whose passing ability is simply exceptional. It has led to many pundits believing that he would be better used playing in midfield.

In fact, England boss Gareth Southgate has used him playing in midfield in a recent game which has further fuelled the debate.

Carragher says it’s “nonsense” and “madness” to think that the young Liverpudlian would shine in midfield which requires a different skill-set.

The former Liverpool defender feels there’s no need to change his position, and he has explained why Trent is so effective as a full-back.

🗣"I have never quite got it, it is nonsense, Why would you change him? It's madness." @Carra23 is confused about talk of Trent Alexander-Arnold playing in midfield for Liverpool and England. pic.twitter.com/rDITz0MNpU

Neville, who himself was one of the best right-backs in Premier League history, agrees with Carragher completely.

The former Manchester United defender has suggested that Trent gets into the area where Kevin de Bruyne usually exerts his influence in the final third. He says that Trent has this peculiar quality in him, a mixture of David Beckham and De Bruyne at right-back.

🗣"He is the best passer of a ball at full-back I have ever seen. He is David Beckham and Kevin De Bruyne at right-back." @Carra23 and @GNev2 debate and analyse Trent Alexander-Arnold's best position. pic.twitter.com/v07EARNFXF

Trent, who is on £180k-per-week wages, has been outstanding once again this season for the Reds. He was brilliant against Leeds and provided an assist for Mohamed Salah’s goal.