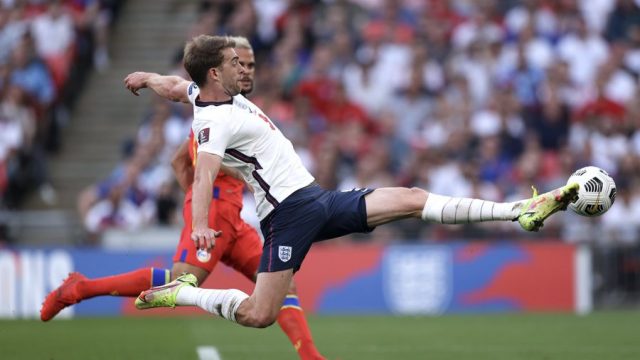 Popular football pundit, Ian Wright, has expressed his sympathy for Leeds United striker Patrick Bamford who made his senior England debut against Andorra yesterday at Wembley.

Bamford, who signed a new long-term contract with the Whites last week, deservedly got his chance to play for England, but it wasn’t a memorable debut for him.

He spent his 28th birthday toiling upfront and got very little assistance from his teammates. England initially struggled to break down Andorra’s defence, but they ended up winning 4-0.

The former Chelsea striker made some good runs without being found on many occasions and missed a good scoring chance as well. Overall, it has been a frustrating debut but Wright has rightly pointed out that Bamford didn’t get enough assistance.

When asked if he would have been frustrated, the former great Arsenal striker told ITV: “I would. Patrick looks pretty happy [at full-time], but I don’t know what else you’d expect him to do but clap.

“I’ve played in those games where you’re running and looking for those chances, the balls aren’t coming when you’re making good runs. I was gutted for him. As it goes on he’d have probably got something.”

Roy Keane, who was also commentating on the game, has suggested that Bamford will “bounce back”.

The past few years have been outstanding for Bamford who narrowly missed a call-up to the national team for the Euro championships despite scoring 17 Premier League goals last season.

Gareth Southgate will not definitely judge the striker based on one game, and Bamford can expect more opportunities going forward.

The Three Lions are back in action on Wednesday night in Poland.