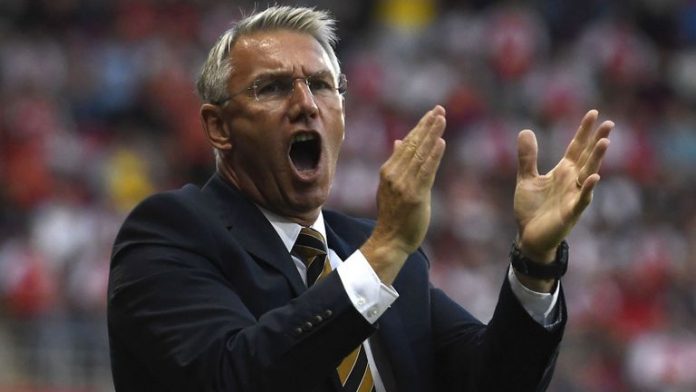 Leeds United visit Hull City in the Championship on Tuesday hoping to regain the winning thread.

Marcelo Bielsa’s side are still second in the table, despite picking up just one point in their last two games.

Hull head into the match 21st in the standings following Saturday’s 1-1 home draw against Middlesbrough.

Sky Sports‘ pundit David Prutton has tipped Leeds return to winning ways with a 2-0 victory at Hull (9/1 with Sky Bet).

“Even though Leeds are missing key men Kemar Roofe, Patrick Bamford and Pablo Hernandez, the amount of shots that they have, the amount of possession they enjoy and the way that they play, I just think they are going to go to the KCOM and dominate, even though the Tigers did well to get a draw against Middlesbrough,” he said.

Leeds are unbeaten in their last four meetings against Hull and took four points off their Yorkshire rivals last season.