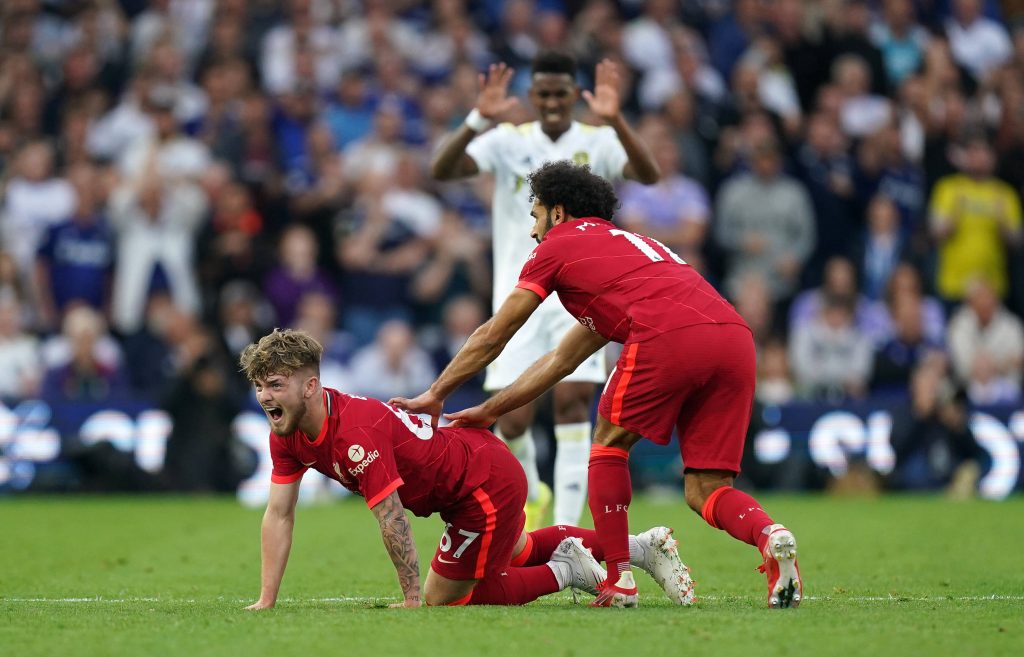 The 18-year-old midfielder sustained the injury after a tackle from the Leeds defender Pascal Struijk.

Elliott’s ankle was trapped under the defender’s foot during the challenge.

The Belgian was heavily criticized on social media after the game but the Liverpool player has now taken to Instagram to defend the Leeds defender in a classy gesture.

Elliot shared a post claiming that the Leeds defender is not at fault for his injury and he should not have been sent off either.

The Liverpool player also branded the injury as a freak incident.

The midfielder is set to undergo surgery this week and he is expected to be sidelined for several months with a dislocated ankle.

Elliott was on loan at Blackburn Rovers last season and he managed to force his way into Jurgen Klopp’s first-team plans after impressing during his loan spell.

The young midfielder will be disappointed to have picked up a long term injury but he has vowed to come back stronger.

The 18-year-old is highly rated at Anfield and he has a big future ahead of him.

Liverpool lost several key players to long term injuries last season and the Reds will be hoping for better luck on the injury front this year especially after Elliott’s lengthy layoff.