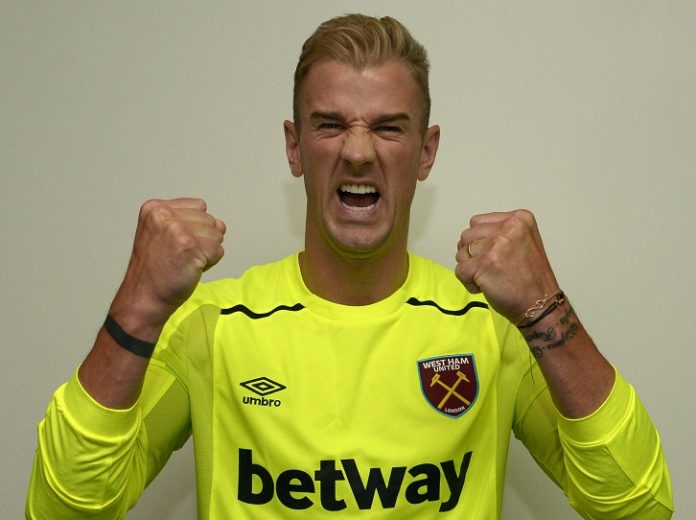 Joe Hart says he’s ready to fight hard to retain his place as England’s national team goalkeeper ahead of the 2018 World Cup.

Hart’s reputation has taken a battering over the past year, with Manchester City boss Pep Guardiola making it clear that the 30-year-old has no future at the Etihad Stadium.

After spending last season on loan with Serie A side Torino, Hart has now been farmed out to West Ham but he insists he is prepared to resist the challengers for his England jersey.

“I’ve always said the standard of keepers in England is very high,” Hart told the Telegraph. “It’s a privileged position to play for the country.

“Every single time I’ve put on that number one jersey I have been very proud and very excited for what comes with it.

“You’ve got Jack Butland and Jordan Pickford now at Everton.

“Big Fraser Forster has signed a new deal at Southampton and Tom Heaton has been nothing short of a miracle for Burnley with his performances.

“There are plenty of other English keepers in the Championship. It is tough to get into a Premier League team – I found that out myself this summer.”