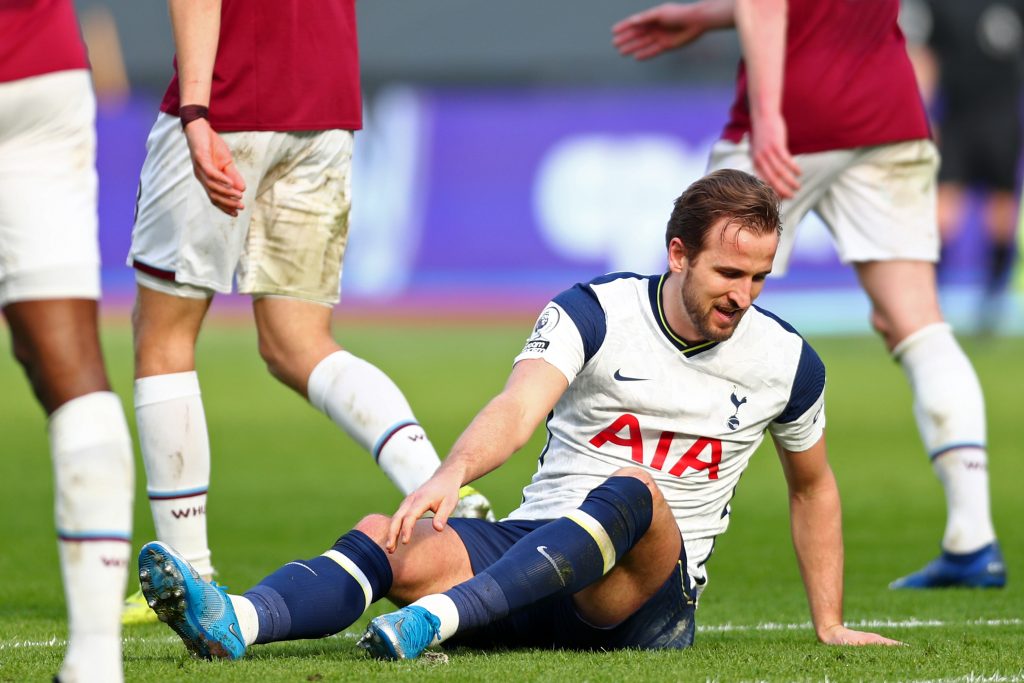 Tottenham Hotspur striker Harry Kane would give serious thought to his future if the club fails to qualify for the Champions League.

In December, Spurs were in the Premier League title race, but their form has dramatically dropped since then.

They have now lost five times in their last six Premier League games, and manager Jose Mourinho is under tremendous pressure.

While Mourinho is confident that his methods are still the best, Kane could consider leaving the club if the decline in form continues and the results do not improve.

Spurs are ninth in the Premier League table, and they are in real danger of missing out on the Champions League spot yet again.

According to reports from AS, Kane is tired of “wasting time” at the north London club and he will convey his desire to leave to chairman Daniel Levy at the end of the season.

Kane has a contract at the club until 2024, and Spurs are in no hurry to sell him.

However, failing to secure a top-four spot would be decisive for Kane as he may look to go elsewhere to win trophies.

Kane has once again enjoyed a superb campaign. He has scored 16 goals and provided 14 assists in all competitions. At 27, he is at the peak of his career and he won’t have any shortage of admirers.

If Kane decides to leave in the summer, Levy would probably ask for a massive transfer fee in the region of £150-£200 million for Kane.

The Daily Mail has claimed recently that Manchester United and Manchester City have earmarked Kane as a potential option, before adding that Tottenham’s stance is that the striker is not for sale.

In other news, Spurs have earmarked RB Leipzig boss Julian Nagelsmann as a potential target to replace Mourinho if results do not improve.