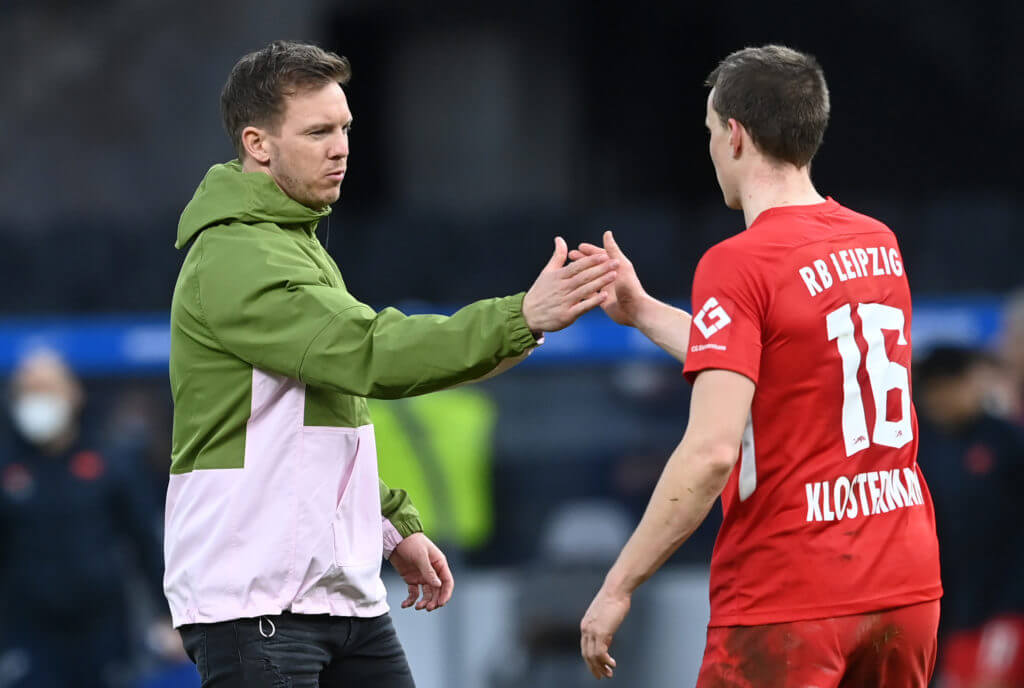 Tottenham Hotspur are struggling badly in the Premier League. The 2-1 defeat last week against West Ham United was their fifth in their last six games.

While Jose Mourinho remains confident about his coaching methods, it seems Spurs could take drastic measures if the results do not improve in the next fortnight.

According to reports from The Telegraph, Spurs “will place” RB Leipzig boss Julian Nagelsmann “at the top of a list of targets” to replace Mourinho if the dismal run of form continues.

The Portuguese boss apparently is facing a crucial 12 days to save his job. The results in this period will determine his fate, and also give an indication about whether the club make a move to appoint Nagelsmann.

The Leipzig boss is open to joining Spurs at the end of the season, but he is not prepared to leave mid-term which could buy Mourinho time to turn things around.

Nagelsmann is seen as one of the most exciting young managers in world football at the moment. Many Spurs fans have reacted to the news on Twitter:

Levy isn’t paying £30 million to sack Mourinho. And if he does, that’s our transfer budget for a player gone.

The manager has to be worth investing in, Pep and Klopp were, Mourinho very clearly is not.

Throwing money at Jose to build a squad will be much more expensive than sacking him – like a few hundred mil more.

Spurs are on course to progress to the last 16 of the Europa League against Wolfsberger but it is their form in the Premier League that is really worrying.

Mourinho suggested after the defeat against the Hammers that mathematically they still have a chance to get into the top four, but it looks difficult at the moment.

A defeat in any of the games to Burnley, Fulham and Crystal Palace would be a huge blow to their top four ambitions.

The Telegraph claim that even winning the Carabao Cup against Manchester City may not guarantee Mourinho’s job next season, especially if they crash out of Europa League and fail to secure a top four finish.

Brendan Rodgers is another alternative choice for Spurs, but it will be really difficult for the north London club to lure him away from Leicester City.

In other news, BBC pundit Clinton Morrison has claimed that Spurs could lose Harry Kane and Son Heung-Min if they fail to secure Champions League football next season.