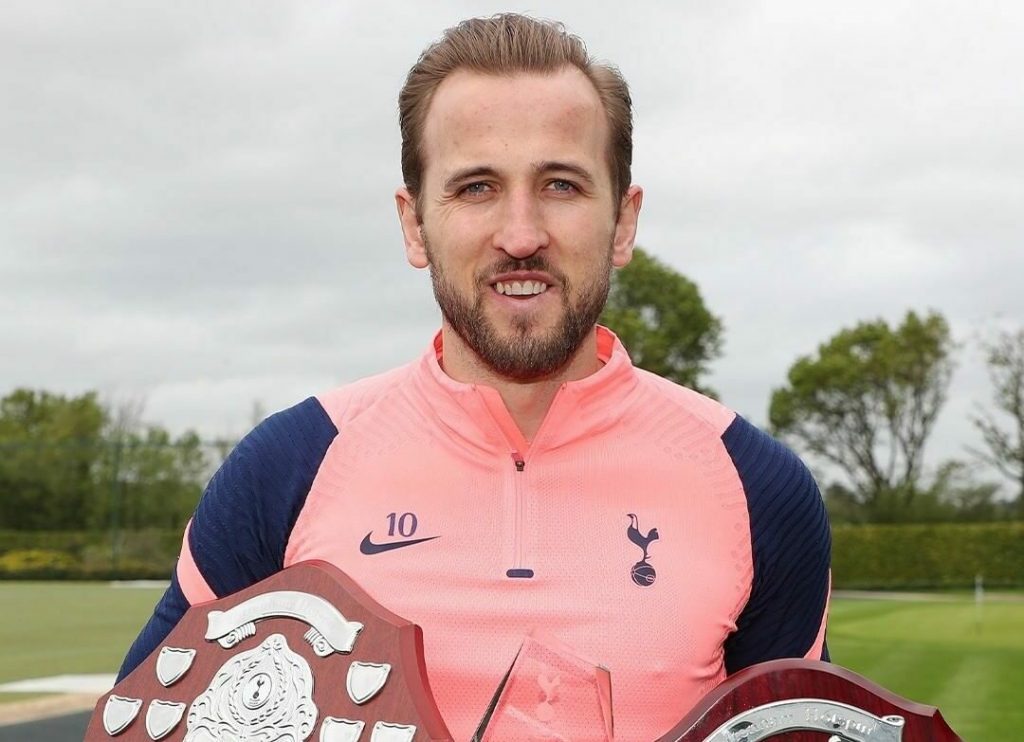 Tottenham Hotspur striker Harry Kane has scooped a hat-trick of end-of-season awards following a fine individual campaign with the North London outfit in 2020-21.

Kane currently has 32 goals and 16 assists across 48 appearances in all competitions this term, and he is looking to pip Liverpool’s Mohamed Salah to the Premier League Golden Boot.

The wantaway Tottenham star is tied with the Egyptian, with 22 league goals each to their names ahead of today’s final round of games.

Kane will hope to clinch his third Golden Boot when Spurs visit Leicester City, and he has sent a message ahead of the clash.

“It’s been a good year from a personal point of view – it’s nice to be scoring the goals and adding some assists there as well, so it’s a proud moment for me, it’s nice to get these awards and, of course, it’s a big thanks to the whole team.

“Obviously, we need results to go our way, but first and foremost we need to win our game, so that’s all we’re focused on – that’s all we can control and it’s an important game.

A win for Tottenham will see the Foxes miss out on a top-four finish, and chairman Daniel Levy is reportedly desperate for his side to shatter the FA Cup winners’ Champions League dreams.

He is keen on appointing Leicester boss Brendan Rodgers as his side’s next permanent manager and he believes securing a place in Europe’s elite competition next season would all but end his chances of luring the Northern Irishman to N17.

A loss could see Spurs miss out entirely on European football should other results go against them, and that could deal a massive blow on their chances of holding on to Kane.

The England international reportedly wants to join Manchester City this summer, and some fans felt his lap of honour after the midweek loss to Aston Villa signalled an exit.

In other news, Spurs star reportedly could miss out on England’s Euros squad.