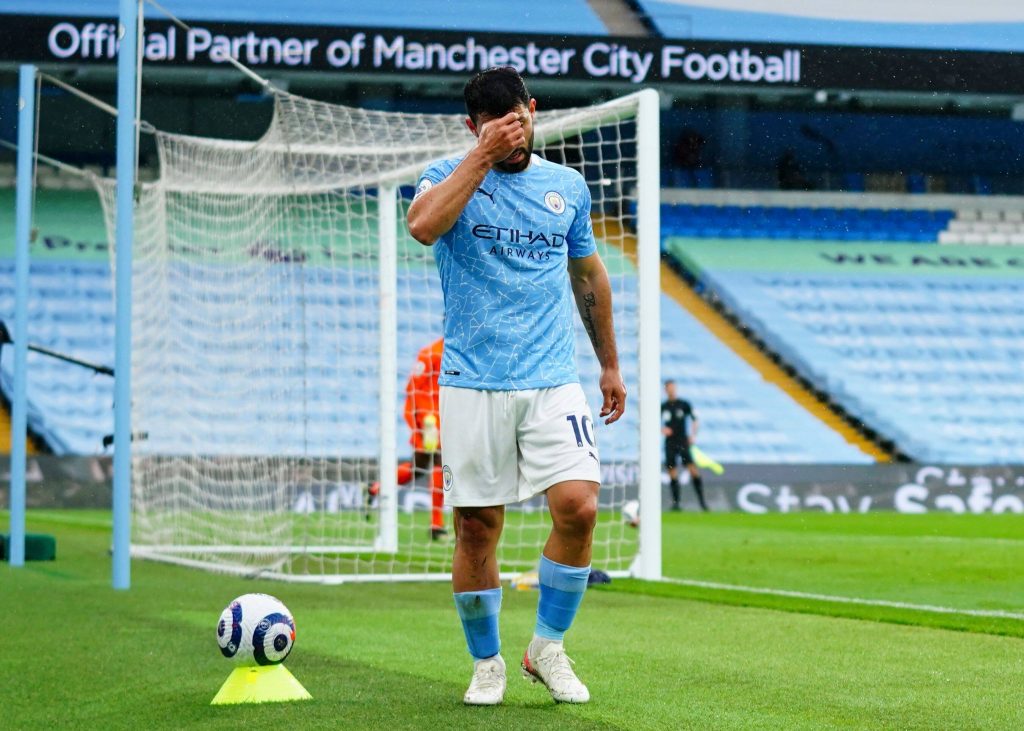 Sergio Aguero has apologised on social networking site Twitter after Manchester City lost 2-1 against Chelsea in the Premier League on Saturday.

The Argentine striker, who is the club’s all-time highest goalscorer, is set to leave the club at the end of the season when his contract expires.

Aguero will definitely be remembered as one of the most decorated strikers in Premier League history.

However, his shocking penalty miss at the Etihad Stadium was the central topic of discussion yesterday.

City were leading 1-0 in first-half stoppage time, and a second goal would have secured the club’s fifth Premier League title.

The former Atletico Madrid striker was given the ball to score from the spot after Billy Gilmour fouled Gabriel Jesus inside the penalty area.

However, Aguero’s attempted panenka looped into the arms of Chelsea goalkeeper Edouard Mendy. He looked visibly embarrassed with the effort.

His frustration was compounded as second-half goals from Hakim Ziyech and Marcos Alonso secured a dramatic comeback by the Blues.

Gary Lineker, the popular football pundit, initially made fun of the incident. He wrote:

Why would you ever try and dink an important penalty? What a numpty. 🤪

Aguero later apologised on Twitter, saying it was a bad decision and that he takes full responsibility. Lineker responded:

Don’t worry about it, could happen to anyone. https://t.co/ELjPhu4geB

Aguero has done a lot for City since he joined the club and doesn’t need to apologise to anybody.

In his colourful career at the Etihad, he will hope that this won’t be his last meaningful moment in a sky blue shirt.