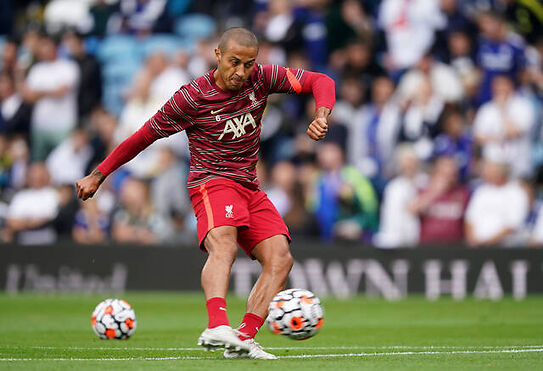 Liverpool won 3-0 against the Whites on Sunday in the Premier League at Elland Road and maintained their unbeaten run to the season.

The Spaniard was drafted into the starting line-up in place of skipper Jordan Henderson and he impressed heavily.

Crooks included him in BBC Team of the Week, saying he is now starting to show his class, having controlled the midfield against Leeds.

The BBC pundit claims that he wasn’t “terribly convinced” when Thiago joined Liverpool last season from Bayern Munich. He came to Anfield with a big reputation, and it seems Crooks is impressed by him, as he claims — “the boy can play.”

“I haven’t been terribly convinced by Thiago since his arrival from Bayern Munich,” said Crooks to BBC Sport.

“He came to Anfield with a massive reputation but he has found the Premier League a different proposition to the Bundesliga. However, he has shown signs of his class and controlled the midfield against Leeds at Elland Road.

“Personally I like the energy and personality of Jordan Henderson as opposed to the cool, calm and composed exterior of Thiago. But there is no doubt about it – the boy can play.”

Jurgen Klopp needed someone in midfield who would calm things down, spray passes around, and retain the possession against a well-drilled Leeds side. And Thiago was the perfect solution.

Towards the end, Thiago ran out of steam, but apart from that, he was simply a class apart. He provided the assist for Sadio Mane’s goal and completely bossed the midfield.

Thiago had 78 touches and made 66 passes with nearly 90% passing accuracy. He made two key passes, and successfully attempted four long balls.

The Spaniard made a strong defensive contribution as well. He made four tackles, one interception and one clearance during the game.

With Harvey Elliott set to remain out on the sidelines for a while now, Thiago should get a run of games from here on.