Former Liverpool hero Luis Garcia has retired from professional football, the player has announced through his personal blog site.

The 35-year-old has thanked his parents, family, friends, Rafael Benitez and all his well-wishers who played a major part in his development as a professional footballer. 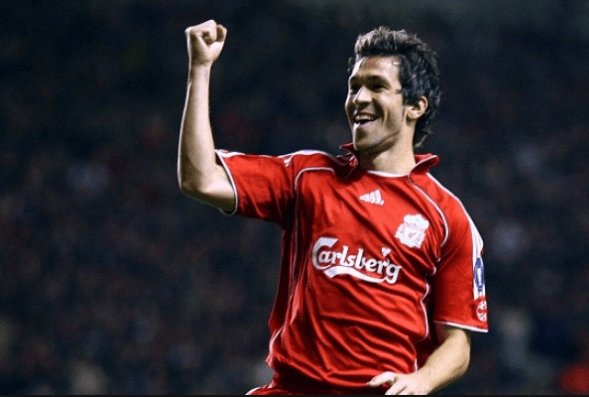 The Spaniard thanked Liverpool FC and claimed that he has forever become a part of the Red family. He wrote:

“To Badalona and S.Gabriel for making me as person, to FC. Barcelona for me opening the door, to Valladolid, Tenerife and Toledo for letting Establish myself on first division, to Atletico Madrid for making me enjoy Calderon Stadium on fire, to R.Santander experiences for goods and Panathinaikos, Puebla and Pumas to for the opportunity to live in a country of warm people and a passionate football, and to Liverpool FC for making me pass to the history of international football and be part of the Red family, forever.”

After graduating from Barcelona’s youth academy, Garcia was signed by then Liverpool manager Rafael Benitez for a reported fee of £6m, and soon became fans’ favourite within such a short time.

Garcia scored 18 goals in the league for the Reds, but Liverpool fans will remember for his heroic contribution in the 2005 Champions League campaign, which the Reds won for the 5th time in their history.

In that famous campaign, the Spaniard scored in the round of 16 ties against Bayer Leverkusen, in the quarter finals against Juventus and a controversial goal in the semi-final against Chelsea in the Champions League.