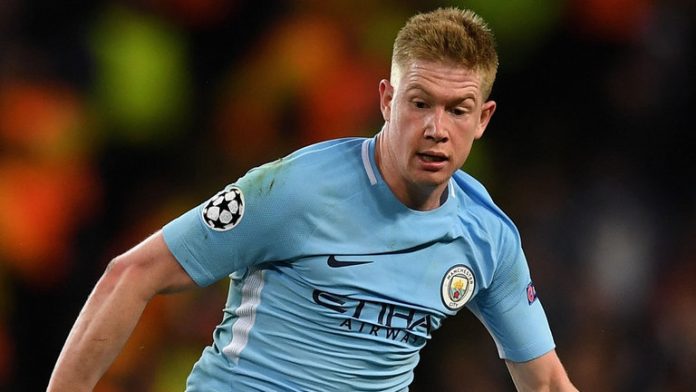 Manchester City – Premier League champions. It’s something we’ve been expecting to happen for much of the season, but perhaps not in the way it actually did.

Sportslens takes a look at five big talking points from over the weekend.

City quickly back to their best

City’s exit from the Champions League against Liverpool and their collapse at home to United in the league sparked plenty of criticism for Guardiola’s side, but they were back to their best against Spurs.

Jesus and Ilkay Gundogan gave a 2-0 lead before the 30-minute mark – just the response Guardiola was looking for after a troubled week.

Suggestions that City are the best side we’ve ever seen in this country have been put to bed by their recent performances, but they are deserving winners of this season’s title.

United’s victory at City last weekend highlighted how good they can be when manager Jose Mourinho lets the brakes off.

With that in mind it was a major surprise to see United perform so poorly at home to West Brom.

City’s title success was always going to happen at some point, but no-one could have imagined it would happen like this.

Mohamed Salah looked off his game against Bournemouth, yet still managed to get his name on the scoresheet to highlight how important he has become at Anfield.

His instinctive header to put the Reds 2-0 up was his 40th goal of the season, making him the first Liverpool player to hit the milestone since Ian Rush in 1987.

It was also his 30th league goal of the campaign – only the eighth player from any club to reach that tally in the Premier League era.

Southampton could live to regret blowing a two-goal lead at home to Chelsea when the season comes to an end.

The result left them 18th in the table, five points behind Swansea City with five games to play.

Mark Hughes’ side still have to play the Welsh club, but shipping three goals in 20 minutes against Chelsea could ultimately prove to be the difference between safety and relegation.

Southgate must resist calls for Shelvey

There have been growing calls for Newcastle United midfielder Jonjo Shelvey to be called up by England.

Despite his good form for the Magpies manager Gareth Southgate shouldn’t be entertaining thoughts of taking Shelvey to Russia.

He’s been impressive in recent weeks, but can England really trust him not to do something stupid in the heat of a World Cup?