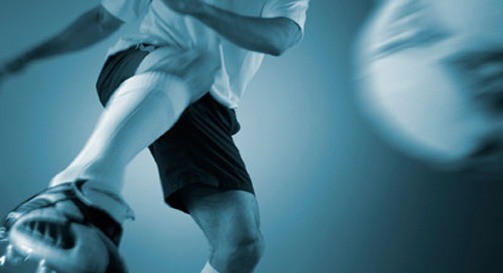 With the FA Umbro Fives competition in full swing this month, we decided to put up our own ultimate Premier League 5-a-side team, with the caveat that they must be currently playing the Premier League. Have a look through our team below, and share your own in the comments. You can also look at our ‘world’ 5-a-side selection from way back in 2007.

Goalkeeper
Who better to install as your last line of defense than the ever-reliable  Shay Given? The Irishman may have lost his No. 1 status at Manchester City to the emergent Joe Hart this season, but his outstanding talents are not in doubt. Standing at a ‘mere’ 6ft tall, Given is relatively short in goalkeeping terms, but height is not a prerequisite in 5-a-side football and I think his agility, shot-stopping chops and his innate ability to ‘get down quickly’ would see him excel ‘twixt the sticks. Plus, his lack of first-team football at City this season may see him chomping at the bit to impress!

Defence
At the back I’m going to plump for Nemanja Vidic, Manchester United’s defensive powerhouse. First and foremost, Vidic provides a massive physical presence that would surely intimidate even the stoutest of amateur strikers. The Serbian is also monolithically strong in the tackle, nearly impossible to shrug off and, of course, not adverse to dabbling in football’s dark arts.

Midfield
Stationed with providing a screen in front of the defense as well as offering a link with the attack will be Chelsea’s beastly midfielder, Michael Essien. The Ghanaian eats up the miles during every game he plays and is equally adept when deployed in a defensive role as he is when joining the attack – as he has shown recently by bagging two goals in Chelsea’s recent win over a bedraggled West Ham side, as well as notching in the Champions League last night.

Playing in the slightly advanced midfield role we find Manchester United winger Nani, complete with his box of tricks. Whereas he may sometimes struggle to assert himself in full games, the Portuguese international would be allowed free reign in my team to beguile and dazzle to his heart’s content with his lightning acceleration, sporadically fearsome shooting and showy footwork.

Attack
For obvious reasons, Chelsea’s menacing marksmen Didier Drogba gets the nod up top. Drogba’s strength and prowess with his back to goal will stand him in good stead for the cramped confines of 5-a-side football, and his willingness to turn and run the channels will come in handy for breaking through the opponent’s defensive lines. Rarely needs more than a couple of ‘sighters’ before he gets his eye in and really starts to make goalkeepers earn their money – although they don’t usually fare particularly well.

Bench
On the bench, I have Manchester United’s gritty work-horse Darren Fletcher and Sunderland’s £13 million new-boy Asamoah Gyan. Fletcher makes the cut for his unwavering work ethic, meaning he could provide the kind of destructive edge that the team might need if they ‘come up against it’ during a game.

Gyan is included as somewhat of an ‘unproven entity’, but his epic performances for Ghana at the World Cup, coupled with his fantastic debut goal for the Black Cats ensure that his inclusion is a gamble I’m willing to take.

Manager
Calling the shots from the sidelines would be Stoke manager Tony Pulis, who demonstrated his unshakable dedication to the game at the weekend by curtailing his bereavement of a family member to drive 140 miles from South Wales to the Britannia Stadium in order to deliver a stirring team-talk that eventually saw his side overturn a one-goal deficit and run out 2-1 winners against Aston Villa. If he can continue to work wonders with Stoke, imagine what he could do with this stellar outfit.

So to recap, my team would be:

Ok, that’s my choice for an all-Premier League fantasy 5-a-side team. Do you agree/disagree with my picks? Let’s hear your suggestions…

Brought to you by the FA Umbro Fives

The FA Umbro Fives is the national 5-a-side competition organised by the English FA. The final will be played at Wembley, with participating teams going through the same experience as teams playing a real cup final and the once-in-a-lifetime opportunity to score / win a title at Wembley.

The TheFA.com/UmbroFives website has all the details on how to sign up, plus highlights from previous finals, tips on 5-a-side football from Umbro. You also have the chance to win TEN tickets to an England match throug the FA Umbro Fives’ Facebook page, so check that out too.