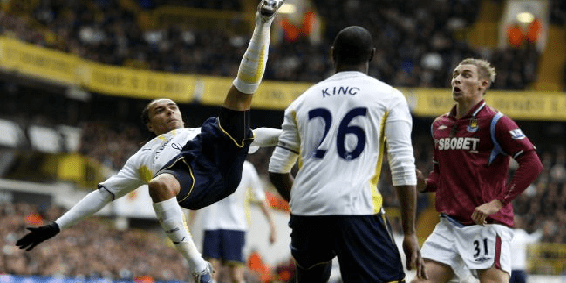 The FA is set to investigate reports abusive chanting against Tottenham by West Ham fans in the match over the weekend.

Spurs won the match 3-1 thanks to a brace of goals from former West Ham striker Jermain Defoe. Allegations suggest that sections of West Ham supporters produced anti-semetic chants relating to the World War II and also sang songs about the Tottenham fan who was stabbed in an attack by Lazio fans last week.

Tottenham and West Ham have been locked in a sporting rivalry which has lasted for decades with West Ham fans apparently abusing the traditionally Jewish routes that Tottenham enjoy on this occasion.

“I didn’t hear it. I don’t hear what the fans say or do when I’m concentrating as a manager on a game of football. They shouldn’t be doing things like that, it is the least of my worries at the minute isn’t it?”

If West Ham fans are found guilty of the allegations against them, the club could face severe financial penalties which would subsequently impact on the team. However, the recent fine handed out by UEFA to Lazio for similar chanting in October was a mere £32,500.

It’s important to point out that not all West Ham fans have been accused of the vile abusive chanting and that it was a small section of away fans with the majority of Hammers supporters well behaved throughout the match.

The FA are yet to officially comment on the issue which is unlikely until an investigation has been completed. Regardless of any punishment which may follow, it’s a shame that this story is taking light away from a superb Tottenham win.